With Quarter 1 of 2015 already behind us, we can look back at the top performing phones of the year so far.

Popular benchmarking app Antutu have released their scores for Q1 of 2015 and perhaps of no surprise the Samsung Galaxy S6 and S6 Edge tops the charts with over 10000 points higher than the closest competitor – the HTC One M9. 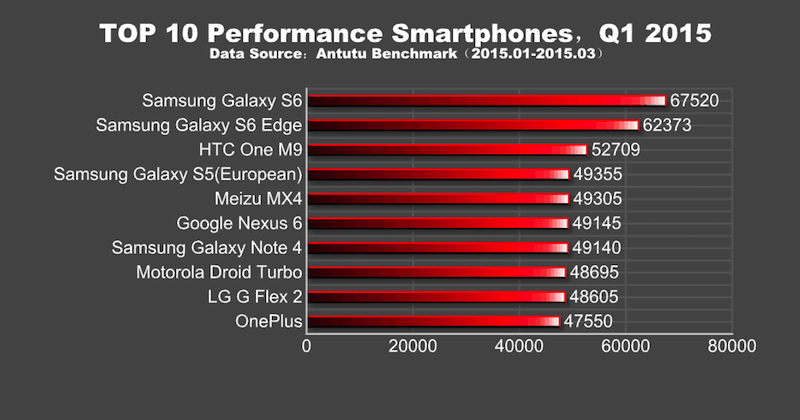 Following on from the latest flagship devices are the Galaxy S5, Meizu MX4, Google Nexus 6, and the Note 4.

Antutu also broke out the GPU performance for the different processors found in the most common devices in Q1 of 2015.

It seems Samsung has pipped the top of the charts with their own in-house Exynos 7420 processor, which perhaps is of no surprise given the how far ahead of the bunch the Galaxy S6 is in the charts.

Let us know if the results surprise you in the comments below.