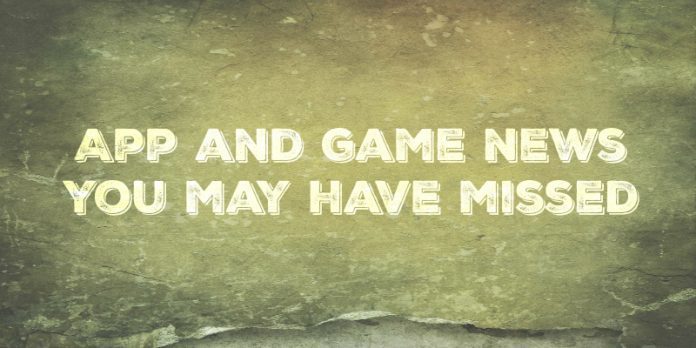 Thousands of apps and games get added to/updated on the Google Play Store every day and it is easy to miss these updates. It’s hard to stay on top of everything that happens in the mobile space. Aside from the big name players and their popular titles, indie devs and other game makers are pushing out stuff that’s worth covering.

Minecraft has sold over 100 million copies to date, averaging about 53,000 copies every day. In celebration of this, Minecraft has addedpistons to Minecraft: Pocket Edition and Minecraft: Windows 10 edition. Pistons allow players make contraptions such as drawbridges and trap doors.

“The Friendly Update”, as it’s being called is available for free to both Pocket Edition and Windows 10 Edition users. Also in the update, you are able to download the Rube Goldberg machine featured in the video below for free.
Minecraft: Pocket Edition can be downloaded on the Google Play Store

My.com has announced an update for their game, Evolution: Heroes of Utopia, which has been installed across Apple and Android Devices over 2 million times. The new update introduces terraforming, which gives players a unique experience every time they have to start anew.

Every conquered location in Utopia can be terraformed, which will completely change the way the location is played with one of three unique perks. Once a player chooses a perk, they can move on to another location. This allows every game play experience to be completely unique to every player.
You can download Evolution: Heroes of Utopia here.

The Weather Channel has introduced a new way to plan your run based on the weather. Within the Weather Channel App, you can get your GoRun forecast, which will tell you all the science to help you decide the best time to work out outdoors using the Weather Company’s powerful analytics. The GoRun forecast helps find the optimal times to go for a run based on your unique preferences and athletic profile. The forecast will continue to adapt to you the more you use it. These forecasts can be viewed in either 48-hour or 10 day formats, helping you plan your runs for your whole week.

Get the Weather Channel App

Plants vs Zombies: Heroes, the crazy card game that includes all your favorite superpowered PvZ characters, has introduced an update prior to its worldwide release. There is now a Ranked Multiplayer mode, an improved deck builder and some other minor gameplay improvements. The PvZ team also released a “Behind the seeds” trailer, which you can watch below. The game is currently only available in Brazil, New Zealand, and Canada, but a worldwide release will be coming soon.

GAMEVIL has announced the last round of updates for Dragon Blaze, their massive mobile RPG. This final update introduces two more Dragon Busters, Gaia and Iota, which require ultimate editions of certain characters to acquire
This update also brings a new Gameplay mode, called the Tower of Validation, where you must clear level after dangerous level.
Download Dragon Blaze here

Zombie Castaways, the massive game from Vizor Interactive, has made its way from Facebook to Android and iOS. In the game, you are a lovestruck Zombie trying to win over a girl. In order to do this, you must find other Zombies across the beautiful and vivid islands to help you cook Zombium, which will turn you human if you drink it.
You can download Zombie Castaways on The Google Play Store.

Player.me, the social discovery platform for games has finally made its way to mobile. Once you download the app, all you have to do is add your account to the app and allow like-minded gamers to keep up with your activities on all platforms.
Download Player.me

Nexon announced HIT (Heroes of Incredible Tales), a HD hack-and-slash RPG. The game made its debut at E3 last week, and you can watch the trailer below
You can pre-register for the game here.

Evie, in a pursuit to break the disconnect between your mobile experiences, has launched an app with over 100 million deep links. With one search, you can get to your apps, make reservations, and buy movie tickets. Evie is a custom launcher with one-click access to everything. You can watch the video below and download Evie here.

App and Game news you may have missed (June 6)