Search “tablet” within Androidguys and you will find 63 results dating as far back as July 2008. No, the idea of a tablet isn’t new. The biggest question revolving around these devices that fit somewhere between a smart phone and a laptop was, would anyone buy one?

The answer initially was a resounding “not really”.

On paper, the idea of a tablet makes sense. We get our data on our laptops or desktop at home and at work. While we are out we can get the information we need from our phones. The gap in our I.A.A. (Information Access Ability) was our time spent on the couch.

Sure, we could lug the laptop in there with us.Â  However, after a while the heat would get to us or we would have to find the power cable. In short, the laptop wasn’t really made to lug around from the couch the bathroom and back.Â  I guess you could use it for that purpose but that’s not what it was built for.Â  I bet many of you have anyways.

Companies that make their money from consumers accessing information online want to close that I.A.A. gap. Thus, the idea of the tablet was born.

Apple has led the charge before in terms of creating and/or legitimizing devices and is doing it again with this week”s release of the iPad. The iPad could be viewed as “just another tablet computer”, but it comes from the company with the aforementioned success at creating buzz behind its devices. Going forward, it will be impossible to deny that tablets are now here to stay.

Tech companies have long had followers in the same vein as a Trekkie who would travel to Fresno in June for a sneak Peak at William Shatner as Captain Kirk. When tech companies talk, geeks listen. When Apple talks, Mr. and Mrs. Joe Average listen.Â  I have no doubt I will be asked tonight at home by my wife and kids about today’s announcement, that’s the power of Apple.

The tablet is now legitimized.

What makes today’s release unique is that Apple isn’t introducing anything necessarily revolutionary. As mentioned earlier, tablets have been done before. The bar is raised by the iPad, but not to the degree that it will take years before we see alternatives worthy of it like it took for a device to seriously compete with the iPhone.Â  What remains to be seen now is which hardware maker will meet the challenge to build a better tablet.

With the Nexus One Google has shown a willingness to step up to the plate and out-Apple Apple. Their announcement of the N1 was done in a way modeled by Apple. Doesn’t it makes sense that Google explores the possibility of raising the bar on the tablet computer next?

All the screenshots of the iPad remind me of Android 2.0 in that it could also make for the basis ofÂ  a great tablet. All Google needs is a hardware manufacturer and some additions to its software. An improved music player and an ebook option should be enough to match the functionality of iPad. Find someone to build a thin device with at least a 10 inch screen and the bar is raised again, only this time by Google and Android.

I bet we see the “iPad killer” sometime during the Summer, possibly from Google. Thanks to Apple for raising the bar and legitimizing these devices. Their stay at the top of the tablet hill will not be as long as their stay on the smart phone hill was.Â  I guarantee it. 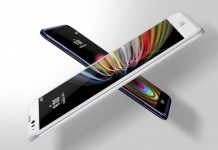