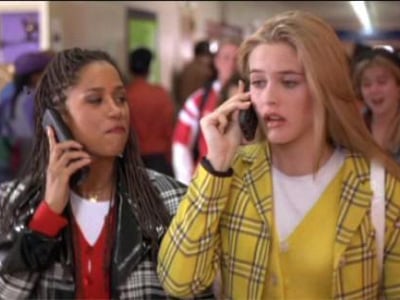 This is an article that pains me to have to write, but it is an issue that needs to be looked at, because I think if something is not done, it could spell trouble for the Android platform.

The issue is simple, and comes from my time here at APPNATION; big company execs don’t understand Android.

During APPNATION, I sat through 3 different keynotes with high level executives from the Wall Street Journal, Pandora, ESPN, ABC-Disney and Major League Baseball. Every single one of them brought up the issue of fragmentation in Android as the major barrier to development on the platform. All I should say except ABC-Disney, who did not say anything about Android at all, most likely because their largest stock holder is none other than Steve Jobs.

I kept hearing over and over again on how developing for Android means that instead of creating one app, you have to create ten apps because of what carriers and handset manufacturers do to Android after they get it. And somehow, each exec places the blame for this on Google’s doorstep, for not having a “gold standard” as the exec from MLB put it, on releases of Android.

The question that comes out of this is apparent. Is it Google’s fault that the carriers and handset manufacturers do what they do to Android? In an open source platform, is it the creator of the platform that is to blame for modifications to the platform to sate the desires of the people who use it?

The short answer in my opinion is “no”, and this is where executives in the companies listed above are missing the point, and in turn missing their opportunity to turn Android into a profitable enterprise for them.

Now, let’s be clear here on the stance I am taking. I do lay some blame at Google’s feet on fragmentation. With the early boom of Android as a platform, we went from one device in the G1 to 30 or so in a short amount of time. Add to that the rapid release schedule that Android had from 1.5 to 2.1, and you have the hot mess that exists right now. Granted, I think the issue is improving as we see a slow move to 2.1-2.2 on the Android Developer pie chart that Google puts out periodically, and I think we are going to see a drastic improvement now that Google has slowed the release schedule down to once a year. But what I find curious is that the companies are not mentioning the fact that this same fragmentation exists in the iPhone world.

I currently own a first gen iPod touch. As of the latest update of ios4, I am no longer supported. There will be no more updates for me, or for owners of the first gen iPhone, or even the 2nd gen iPhone for that matter. What about the iPhone 3G, or the 3GS? Is there not platform fragmentation in those units? Don’t they have some drastic functionality differences there?

Yeah, go ahead and talk to me about the idea that Apple doesn’t have to support “ancient” devices. My G1 is two years old, slightly older than my first gen iPod touch. The G1 is STILL figured into this fragmentation issue, where apple products seem to get a free ride because the simply abandon their users.

There are no community members working like the Cyanogen mod team on my ipod touch to make it work with the latest os update, because you CAN’T! Apple doesn’t let you! But this issue is ignored. Why? Because Apple products are a money machine for content providers and rich media advertisers. The executives are harping on fragmentation because they either don’t understand or do not want to understand that the main issue of fragmentation right now lies with the carriers and handset manufacturers themselves.

On day 2 of the APPNATION event, I sat and listened to the executive from Major League Baseball tell us that Android as a platform is too complicated to really make money off of. That the reason we don’t see video in our Android versions of at bat 2010 is because there is no video standard from Google for them to develop for. When I got a chance to interview him after the keynote, I questioned him about this pretty closely, because I wanted to hear the exact issue, not a general statement about video.

I asked him to give me some of the difficulties that they have had with developing video delivery on Android. His response? An issue with the carrier Verizon releasing an update to their droid devices that broke all their video feeds. According to him, Verizon released a small update to correct a few issues, which somehow jacked up their programming for their apps.

I quickly followed this up with a thought that I had while he was speaking during the keynote, I asked him if they had talked to Verizon and told them to work more closely with them as developers. I challenged him that MLB especially was in a unique position to tell the carriers and handset manufacturers basically to knock it off! If a multi BILLION dollar content provider like Major League Baseball start making a fuss to companies like Verizon and HTC, they are going to listen! What struck me as very ironic is that we had Martin from Samsung all but begging developers to come and talk with him so they could help get their apps and content onto Samsung Android devices!

What I think this boils down to is that the major companies named above have grown lazy for the lack of a better word. They have in house developers who create iPhone apps rapidly and churn them out to make good good profits. I don’t fault them for this at all, I know that these companies are not altruistic and out for the consumer, they are there to make money, to make investors rich and owners richer. What I am finding fault in is the fact that because you actually know have a platform that you can be creative with, it is like they are scared with the vast amount of opportunity the Android platform gives them.

Over and over I heard from these executives the cost of development on Android is prohibitive. I would like to see their budget sheets on this. Because I think the real problem is that none of these companies want to make Stevie upset, and risk losing their cash cow in the ios4 platform.

It is going to be interesting to see at next year’s APPNATION how the tune is going to change. These companies cannot continue to write off Android as a nothing platform with the fact that last quarter it outsold every other mobile platform. They cannot ignore the fact that 200,000 Android devices are being activated every day.  We are going to be a force that they will finally have to reckon with as a serious platform.