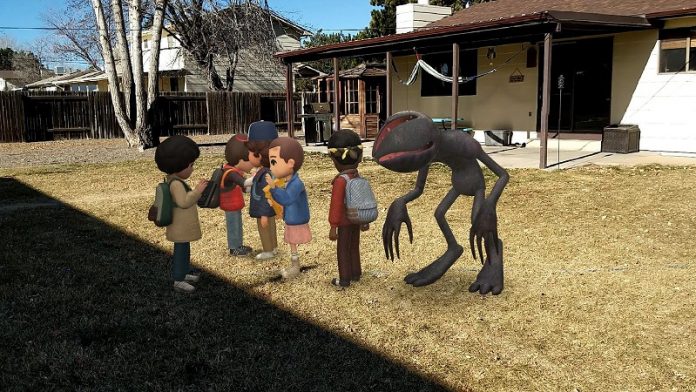 AR Stickers for the Pixel and Pixel 2 were announced in October last year and launched in December with Star Wars and Stranger Things content.

So far the stickers have been a Pixel exclusive, but according to a statement unearthed by Android Authority it seems like the new LG G7 ThinQ will soon be getting them too.

If this turns out to be true, it will certainly help LG differentiate its flagship from other offerings on the market. For those who don’t know, Google’s augmented reality (AR) stickers are a fun, neat trick of the camera app. You can plop 3D objects and characters into real-world views and once in there, they look surprisingly convincing.

The LG G7 ThinQ cool soon get a cool upgrade

The feature will most likely land on the LG G7 ThinQ in the form of an update. But before you jump for joy, we should note that statement from LG was written in Korean. On top of that, it provided no info on whether the new feature will roll out globally or whether it will be restricted to LG’s home court. Although it would make sense for LG to offer it without restriction.

In case you missed it, the LG G7 ThinQ just went on sale earlier this month. The flagship comes with high-end specifications, a modern design complete with notch and a price tag of around $750.

The phone is based on Qualcomm’s latest top-of-the-line chipset, the Snapdragon 845 and comes with a dedicated Google Assistant button on the side.

The LG G7 ThinQ is available with most major carriers in the US including Verizon, Sprint and T-Mobile. The notable absentee, AT&T opted to offer the new LG V35 ThinQ instead, a different flagship phone which launched not long after the G7.

Apparently, the carrier made the decision because it didn’t think the notchy G7 ThinQ with its LCD display would appeal to its customers. In contrast, the V35 has a notch-less OLED screen.