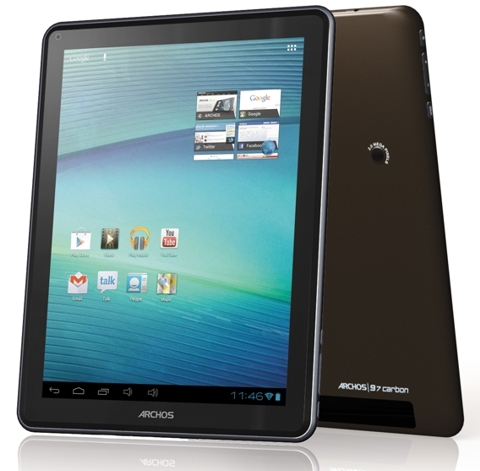 Earlier in July, Archos launched the Archos 9.7 Carbon Android tablet which is yet another cheap tablet with hardly mind blowing specs. However, now the tablet is available for purchase in the US as well as in the UK. If you live in USA, then you can get it for $249.99 which is somehow not a bad deal, and if you are living somewhere in the UK, then you can get it for £229.99.

The tablet features a 9.7 inch IPS display with 1024 x 768 pixels, 1GHz single-core processor, 1GB of RAM, 2MP camera with VGA front-facing camera for video chatting, 16GB of internal memory with a MicroSD card support. Its featuring aluminium case which means that it’s a light yet strong tablet. The only thing to talk about here is that the tablet is slightly overpriced than the Google Nexus 7, which features a quad-core processor with a very decent display, though the display is small but still it’s weak performance wise.

In the end, it depends on the user what he/she wants, so tell us what do you think about this tablet in the comment box below. Is it worth buying?