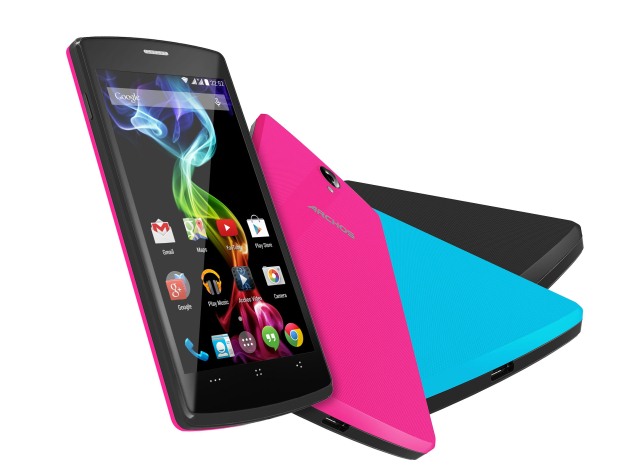 The bargain smartphone segment has grown immensely recently and it will continue to grow with Archos’ new Platinum smartphones.  The Platinum line is made up of two new smartphones, the 45c and the 50b.  The 45c is the smaller of the two phones with a 4.5″ screen.  The 50b is the big brother of the family with it’s 5″ screen.  Either can be had in your choice of blue, pink or black.

As far as specs go, both of these smartphones are just about identical.  The 50b does have a better camera, an 8 MP compared to the 5 MP in the 45c.  The big selling point seems to be the quad-core processor found in both phones, Archos claims, “it should handle the most demanding tasks.”  It will be interesting to see how this processor performs compared to other smartphones in the $99 range.  The Archos Platinum smartphones will start at $99 for the 45c and go up to  $119 for the 50b.