Archos has officially unveiled their new 7-inch Home Tablet and the price may surprise you.  For less than $200, customers can grab this mobile internet device (MID) with a 600MHz processor, 2GB storage, microSD slot, and 800×480 resistive touch-screen.  Although the screen size is a few inches larger than that of their A5 unit, the chipset is somewhat slower.  According to Charbax of ArchosFans, we can expect an 8GB version (or larger) as well.

Archos also dropped their 8-inch model which looks like a large picture frame that pulls double duty as an Android device.  Designed primarily as a web device and for video playback, it weighs less than a pound and is only 12mm thick.

The Archos 7 is due in in April while the Archos 8 follows in May with both selling for under $200 a piece. 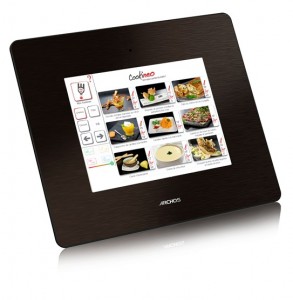