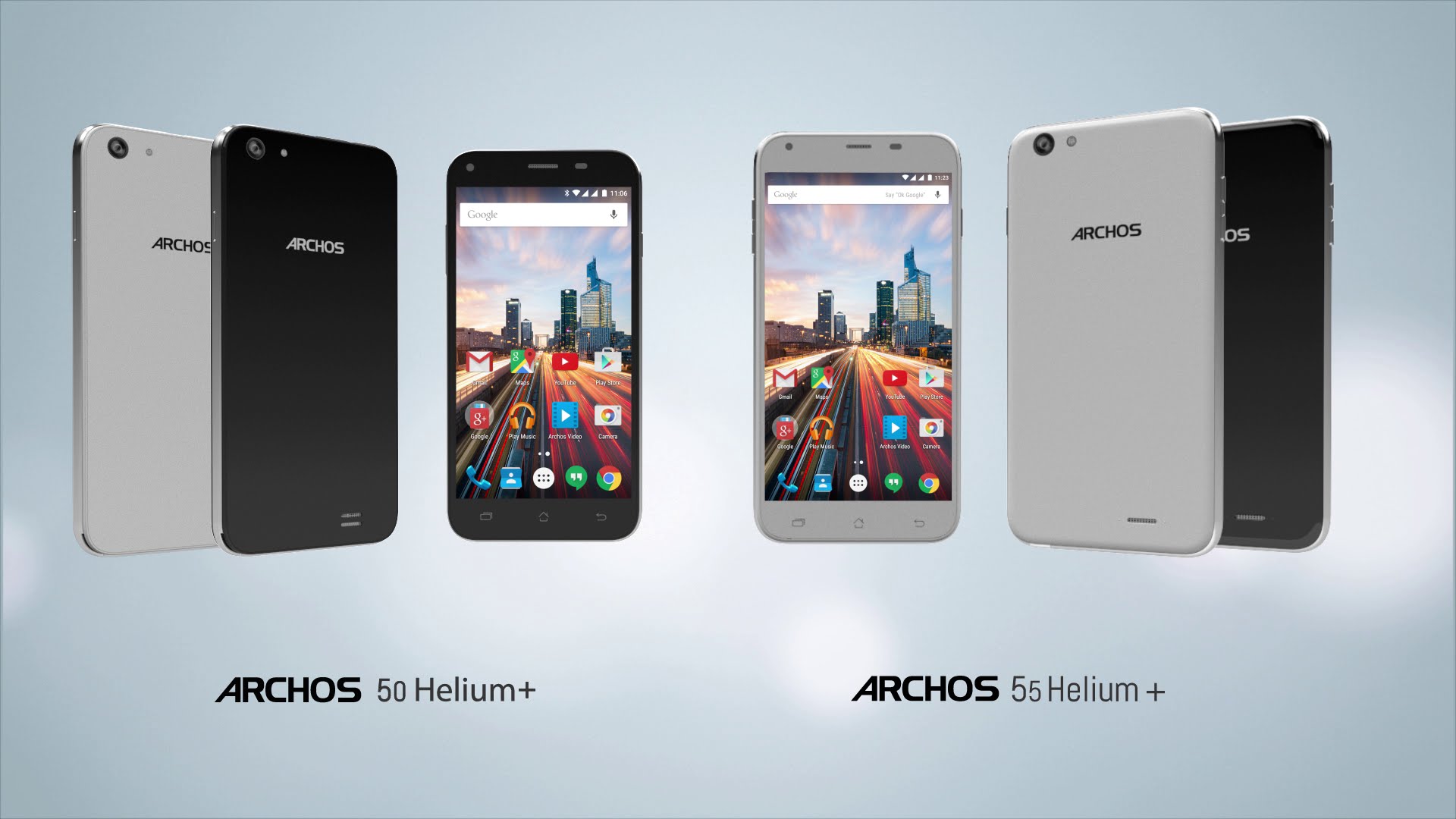 Pioneering Android mobile and tablet manufacturer, Archos has added two new handsets to their Helium series of smartphones. Unveiled today in Paris, the Archos 50 Helium Plus and 55 Helium Plus 4G smartphones come with great specs at an affordable price.

Both, 50 Helium Plus and 55 Helium Plus come with HD Screens, IPS image quality and 4G dual SIM connectivity. Both are available in Jet Black or White Frost finishing with a “Glass Effect” finishing. 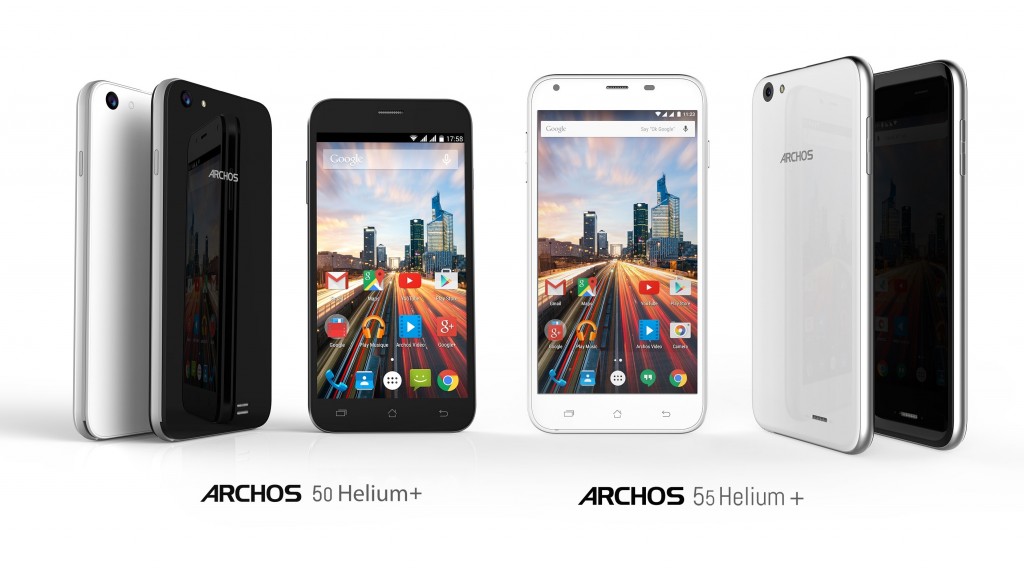 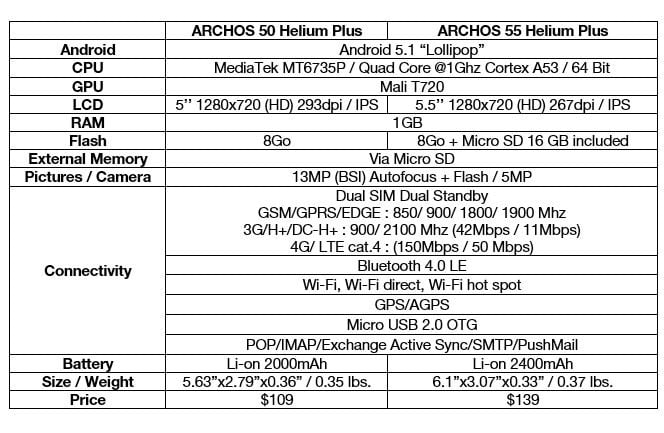 Both the phones show promise in the budget smartphone market with decent specifications and optimum pricing. They are set to hit the market in July 2015.