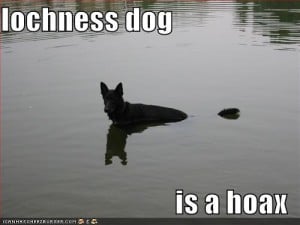 My friend Rob over at phandroid has been a skeptic of a potential Google Phone for quite some time now.Â  Recently, he’s warmed to the idea that a phone might exist and has been covering the Nexus One as well.Â  However, there’s a post over there today that contends that everything we Android sites have been reporting on these last few days is a fake.Â  Maybe even a hoax started in Cupertino by a certain company with a fruit logo.

Wireless industry insider and journalist Eldar Murtazin kicked things off with a tweet that said, “Hmmm Google Phone is a kind of fake finaly. Just finish conversation with some guy from Google, story looks in other way then it was discuss.”

Eldar went on to add, “Some rival company used misunderstanding to lauch rumour about Gphone and new business model from Google (which arent true).”

When asked who would start such a thing, the response was,Â  “For sure is Apple – they fight against future Moto products.”

There’s plenty more to this side of the story so I suggest reading Rob’s original post.Â  However, here’s where I offer the rebuttal to the hoax theories.

I believe there is far too much to support this phone for it to be a hoax, especially one perpetrated by Apple.Â  Isn’t it much easier to ‘say’ this is all made up rather than prove it? Â  I want to know what you think about all of this?Â  Is there anyone out there who thinks this is a big, elaborate scheme?