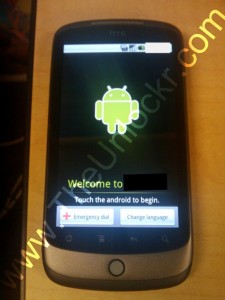 One handset that we admittedly haven’t done too much coverage on so far is the rumored HTC Dragon.Â  Also known as the HTC Zoom 2, the phone is being reported that it will have a Qualcomm Snapdragon processor, which could put it in the 768MHz-1GHz stratosphere.

Here’s a quick rundown of some specs that were tipped our way earlier today. (Thanks Barry!)

So what does a beast like this look like?Â According to DroidDog, these pictures may be the first to surface showing the hardware design.Â  On the outside, its nothing too fancy – a little bit Hero, a little bit Desire.

While we’re on the subject of the Dragon, we should point you to a few screen grabs that DroidDog was able to get a hold of a few weeks back with the accompanying email.

So, what Iâ€™ve got here is a little build weâ€™re referring to as the â€œPet Dragonâ€. Itâ€™s highly experimental at the momentâ€¦HTC Dragon. (dubbed â€œZoom 2â€³) â€”> the screen resolution is 800Ã—480â€¦This device is in fact operating on the â€œ2.0â€³ firmware along with the HTC Sense user interface applied for style. So, itâ€™s like an â€œEclair Heroâ€.

But again, bare with meâ€¦itâ€™s still very â€œbare bonesâ€ and needs a lot of workâ€¦but this device is going to be a GAME CHANGER! Perhaps more so than the HTC Leo!