One of the first headlines I came across this morning as I was having my coffee was that RIM had acquired The Astonishing Tribe (TAT).  As some of you know, these guys were among the founding members of the Open Handset Alliance are were largely responsible for how Android looked and felt in early days.  If you’ve ever looked at their portfolio or prototype videos, you’d know that these guys are among the best at what they do.  They breathe more than just fresh air into user interfaces, they breathe gloss, polish, and sexiness into it as well.  They also appear to have a lot of fun doing neat things.  So, you can imagine my concern when I saw the headline.

Thankfully, it appears that the Open Handset Alliance is not going to lose TAT in this move.  According to their blog, things should remain relatively unaffected with today’s news.

Of course we will honor our current agreements and service our existing customers and have taken all the necessary steps to keep the two commitments separated.

As Android begins pushing to better aesthetics, user experience, and a more refined look, I’m hoping TAT is along for the ride.  Android only benefits by having them on board.  Today’s acquisition is not only good news for RIM, but other platforms as well.  Things just got a tad bit more competitive.

UPDATE: I reached out to TAT early this morning, hoping to learn more about their Android plans.  It doesn’t sounds as promising as I had hoped.

ME: “Will you continue to support Android and/or the Open Handset Alliance now you’ve been acquired?”

9 Years: A brief history of Android 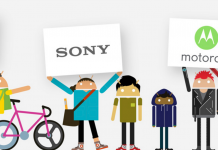 Dramatically improve your Android experience with the Google Now Launcher