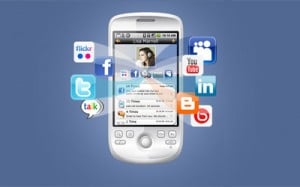 One of the most talked about features in both BLUR and Sense is how they marry social networks together with traditional phone contacts.Â  Widgets are “take it or leave it” for the most part, but people are fond of the integration between twitter, Facebook, and phone numbers and email addresses.Â  Asurion Mobile‘s newly announced app, AddressBook, makes this possible for any Android handset.

I’ve had the chance to play with this app over the last few days and I have to say I am quite impressed.Â  There is a great deal of customization and personalization that can be done with Asurion Mobile AddressBook to make the application work for you.Â  The app uses “MixIns â€“Â  to give the user a choice as to what services and content they integrate with their contacts.Â  Want to pull twitter and Flickr feeds and have them working for you in the background?Â  Done.Â  The MixIns available today also include Facebook, YouTube, and Amazon.Â  There’s also a chess game you can play with other AddressBook users that notifies you when it’s your move.Â  I recently spent some time talking with members of the Asurion Mobile team and asked what other MixIns might be coming done the road and they mentioned that they have dozens lined up.

One of my favorite features in the app is called Smart Contacts.Â  Let’s say you want to call Papa John’s for some pizza and you need to find the local chain.Â  Instead of doing a Google Search or manually tracking down the closest shop, you can add the restaurant as a Smart Contact.Â  This way, whenever you click on the name within your contacts, you are instantly given all Papa Johns spots near you based on your current location.Â  On a business trip?Â  Same thing.Â  Pull up Papa Johns and get a whole new list.Â Â  Of course, I added Starbucks and Japanese food to my list right away.Â  I need to know where the best sushi is when I travel!

As a G1 owner, I love this app.Â  It gives me all the features of Sense UI that I have come to appreciate with the Hero, but without spending any money.Â  Not only do I get to keep using my handset, but the app itself is free too. The user interface is clean and intuitive – two key points I look for whenever I try out an app that tries to mesh multiple services together.Â I have not run into any instances where I felt overwhelmed or confused by what the AddressBook was trying to do.

As it was explained to me during my discussion with them, Asurion Mobile AddressBook separates the social media â€˜chatterâ€™ from the stuff that matters.Â Â  I can focus on what’s coming in and not worry about where it’s coming from. This is a solid app that should appeal to stock Android users as well as those with customer user interfaces.Â  What is already a strong contact/phonebook replacement application has plenty of potential.

You can grab Assurion Mobile AddressBook from the Android Market for free starting today tomorrow!Â  You’ll also be able to download the application at http://www.getaddressbook.com.Â  Expect a press release and full launch Tuesday, October 27th.