After years of suing everyone in sight, it appears that Microsoft is in the market to make some friends. This week they’ve announced a deal to end a patent war with Google and now they’re buddying up with Asustek.

In a deal announced on Thursday, it appears Microsoft will agree to not sue Asus for their Android patents if Asus agrees to bundle Microsoft software, including Office, on their tablets and phones. The agreement calls for “closer integration” between the two companies that currently share a patent agreement. The deal will see Asus “…pre-install Microsoft Office productivity services on Asus’ Android smartphones and tablets”, like the popular budget Asus Zenfone 2. Microsoft and Asus also announced that they will work together on future projects.

[blockquote author=”Nick Psyhogeos, president of Microsoft Technology Licensing LLC”]“Beyond ensuring continued improvements to our products, it opens the door to the kind of collaboration between Microsoft and ASUS made possible only through mutual respect and alignment on intellectual property.”[/blockquote]

This isn’t the first time Microsoft has struck a deal to bundle their software onto phones and tablets in an agreement not to sue. Samsung owners were greeted with a Microsoft folder in their application tray, in this generation of flagships, which contained apps like Office, OneNote and OneDrive within.

Microsoft has continued a strategy of pushing their mobile apps into the view of customers in any way possible. Whether these agreements are smart or annoying is based solely on which side of the table you sit. For Microsoft, it definitely extends the reach of their products and getting your software on a users device is a huge advantage to lock them into your ecosystem. For users, extra added software out of the box, or bloatware, is annoying and if it’s impossible to remove, can build resentment. Luckily, carriers like T-Mobile and Sprint allow users to uninstall those applications with ease.

What do you think of Microsoft’s strategy? Will moving their apps into the mobile world pay off big, or cost them? Let us know what you think. 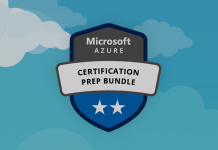