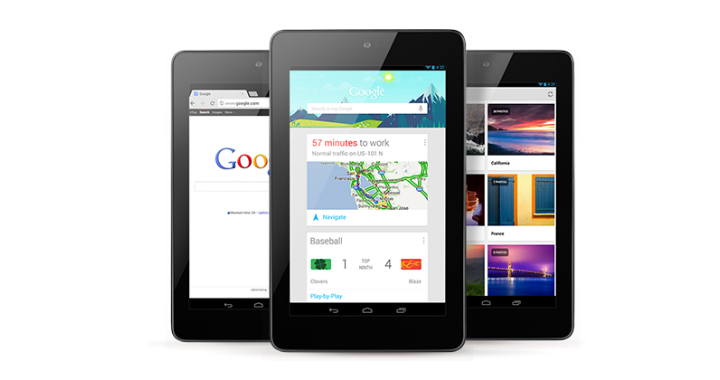 Now that we’ve crossed the one year mark since the release of the Nexus 7 we would assume that a second generation of the affordable tablet is on the horizon. Indeed, a number of specifications have been leaked for the better part of 2013 however it’s largely been about the presumed higher resolution display. Thanks to a recent chat with an ASUS rep, we might know more clearly as what to expect.

How does that suit you? We’ve got the higher resolution screen, faster processor, a front and rear camera, and Android 4.3 Jelly Bean. As to when we might get to see the refreshed Nexus 7 tablet, the ASUS rep says before the end of July.

We don’t have to tell you this, but these sort of things are very easily faked and come from a seemingly loose-lipped company rep. It’s hard to imagine that someone inside ASUS would want to be so forthcoming with the details, but whatever. It could be true, it could be an elaborate ruse.  Thankfully, we won’t be waiting long for more details to shake out.

Assuming the new Nexus 7 arrives with Android 4.3 before the end of the month we might also expect Google to officially detail the latest build of Jelly Bean soon.