Present at Computex 2018 in Taiwan, ASUS today unveiled its own take on the Razer Phone. The gaming smartphone category is becoming more prominent, as the ranks of mobile gamers continue to increase exponentially. So in order to cater to this particular niche, ASUS announced the ROG Phone.

Featuring the unmistakable Republic of Gamers branding, the phone is the first to feature a 3D vapor-chamber cooling system designed to keep the hardware inside from overheating. Together with a large copper heat spreader and vents at the back, it ensures the phone is kept cool even as you’re blasting Fortnite. 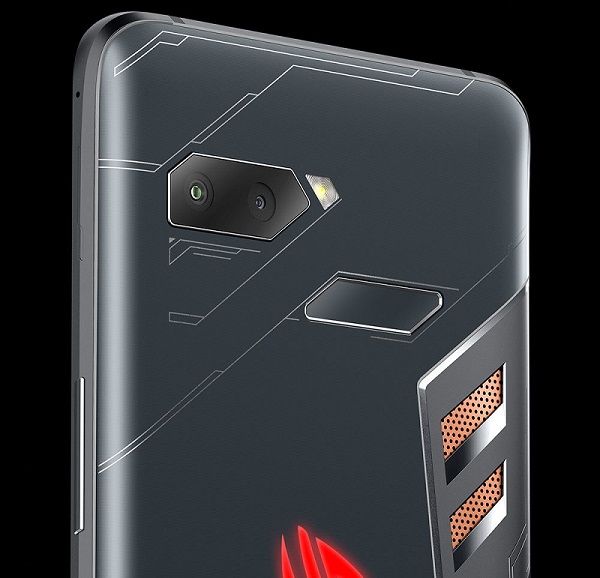 The hardware in questions is a “speed-binned” Snapdragon 845, backed-up by 8GB of RAM and 512GB of storage. The processor’s clock speed has been pushed to 2.96GHz, compared to the normal 2.8GHz. On top of that, ASUS says the integrated Adreno 630 GPU has been gaming-optimized. 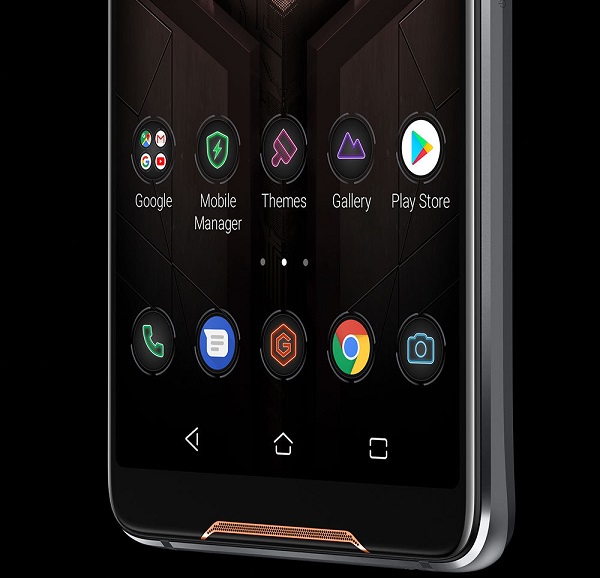 There’s also a dual-camera setup on the back consisting of a regular 12-megapixel sensor and a wide-angle 8-megapixel rear camera. On the front, ASUS is offering an 8-megapixel selfie camera. Other specs include front-facing stereo speakers, NFC support, 3.5mm headphone jack and customizable RGB lighting. Last but not least, a 4,000 mAh battery keeps the lights on.

A phone truly optimized for gaming

To make the new product truly special in the eyes of gamers, the company has added a bunch of unique features. For example, the company has included three AirTrigger ultrasonic touch sensors. These act as bumper buttons on top of the phone when it is held in landscape mode for gaming.

But wait there’s more! The phone features a side-mounted USB Type-C for an optional WiGig gaming dock. You get a standard USB Type-C port at the bottom like in normal phones, as well.

To go with the new ROG Phone, Asus is also offering some cool peripherals. For starters, there’s the AeroActive Cooler that can be attached to the phone via the WiGig proprietary port on the side. This accessory will be included in the box with the phone.

What’s more, there’s the clamshell-type TwinView Dock which facilitates a dual-screen handheld mode. The clamshell houses an extra 6,000 mAh battery, to ensure you don’t run out of battery in the heat of battle.

A Mobile Desktop Dock resembling Samsung’s DeX station will allow users to use the phone for a desktop-like experience. While the additional 6,000 mAh battery will ensure you won’t run out of juice in the heat of battle.

A WiGig Dock to wirelessly cast your gaming sessions to a big screen and a GameVice controller will also be offered.

When to expect it?

ASUS revealed the ROG Phone will hit the market sometime in Q3, 2018. What about pricing? The company hasn’t shared that information just yet, but we don’t expect it to be cheap. If you remember the Razer Phone launched with a price tag of $699.