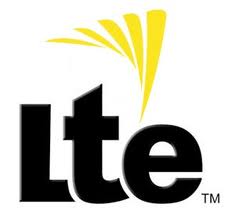 Hot off the press at CES 2012 is Sprint’s announcement of their first 4G LTE devices.  The announcement rings in 3 devices that should please the masses.  Sprint customers can finally stop wondering if the Galaxy Nexus will make an appearance, although the lack of an ETA may put a damper on some of those emotions.  The LG Viper is touting its “green” state of mind with eco-friendly technology.  Last but not least is the addition of a “tri-network hotspot” which can do 3G, 4G(WiMAX) and 4G LTE.  The Sierra Wireless hotspot also benefits from an SD card slot to help share files for presentations and such.

Pairing the beauty of Samsung hardware with a pure Google experience, Galaxy Nexus on Sprint is built on Android™ 4.0, Ice Cream Sandwich. Ice Cream Sandwich brings an entirely new look and feel to Android. It has a redesigned user interface with improved multi-tasking, notifications, Wi-Fi hotspot, NFC support and a full web browsing experience. Galaxy Nexus features software navigation buttons, a first for Android smartphones. The lock screen, home screen, phone app and everything in between has been rethought and redesigned to make Android simple, beautiful and useful.
Ice Cream Sandwich introduces innovations such as Face Unlock, which uses facial recognition to unlock your phone. Using NFC (Near Field Communications) technology, Android Beam allows users to quickly share web pages, apps and YouTube™ videos with friends by simply tapping phones together. Users can even video chat with up to 10 friends with Google+ Hangouts for mobile. Galaxy Nexus will also be Sprint’s second smartphone enabled with NFC supporting Google Wallet, enabling the phone to be used like a wallet to make safe, secure purchases at hundreds of thousands of participating retailers. 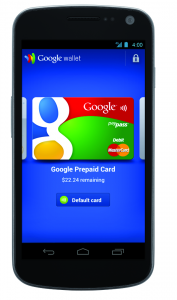 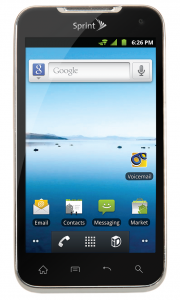