AT&T recently revealed it plans to offer a new perk for new and old subscribers of it Unlimited Plus data plan. Starting April 6 –  which is today – AT&T video subscribers and wireless-only customers that also signed up with the plan, will have access to free HBO wireless streaming.

It doesn’t matter whether a customer is subscribed to one of AT&T own video services like DirecTV Now or DirecTV or U-verse, the HBO freebie will still be available. What about those AT&T subscribers who are already paying for a HBO subscription? The carrier will remove the extra charges from the bill going forward.

But wait that’s not all. AT&T is also throwing in extra $25 video credit for DirecTV Now, DirecTV or U-verse. The offer will continue to be available, as long as the customers remains on AT&T’s Unlimited Plus data plan.

The deal comes as AT&T is preparing to purchase HBO’s parent company, Time Warner for the sum of $85 billion. So we should expect to see the carrier offer more HBO promotions soon enough. 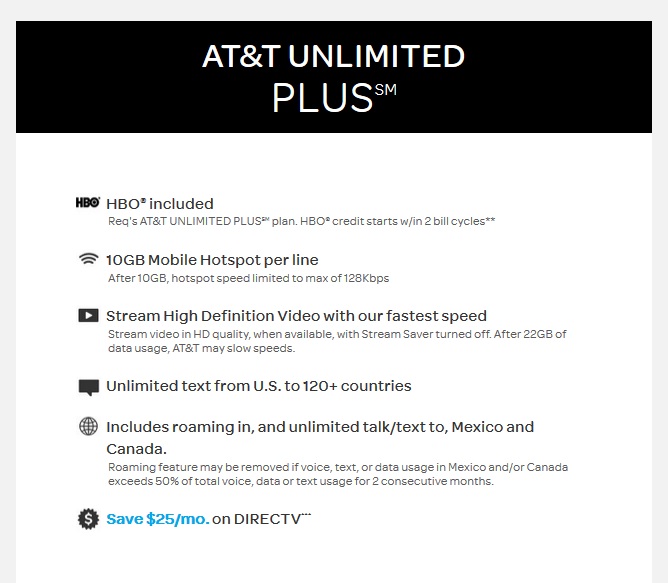 AT&T’s Unlimited Plus data plan also includes unlimited data, talk and text, 10GB of Wi-Fi tethering per smartphone and the option to connected an additional tablet or another device. After 22GB of data usage per line, AT&T says to expect lower speeds. And with free HBO onboard, AT&T hopes more and more customers will be swayed to jump onboard with this deal.