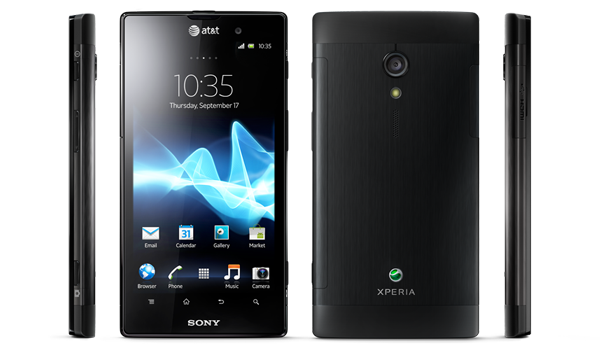 AT&T today announced the pricing and availability for the Sony’s first 4G LTE smartphone, the Xperia ion. Expected to hit stores on June 24, the Android 4.0 Ice Cream Sandwich handset will cost $99.99 with a two-year service agreement.

Hardware for the Xperia ion is quite nice and includes a large 4.6-inch 720p HD LCD display, a dual-core 1.5GHz processor, 16GB internal storage, and 12-megapixel camera. On the subject of software and user experience, the Xperia benefits from having PlaySation certification, Sony Video Unlimited, and Sony Music Unlimited services.

Although it’s not quite as polished and sexy as its international NXT brethren, the Xperia ion is a powerful package with a wallet-friendly price.  Let’s hope this is a sign of bigger, better things out of Sony here in the United States. 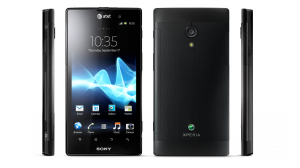 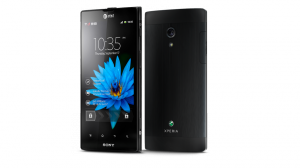 DALLAS, June 14, 2012 – Entertainment fans longing for a better mobile HD experience will soon have an all-new 4G LTE Android smartphone to covet as the Xperia ion from Sony arrives exclusively in all AT&T* channels June 24.  The new Xperia ion builds on Sony’s reputation as an innovator and leader in imaging and entertainment and costs just $99.99 with a two-year agreement.

AT&T customers have access to the nation’s largest 4G network, covering more than 260 million people. As 4G LTE expands, AT&T customers are able to enjoy a widespread, ultra-fast and consistent 4G experience on their compatible device as they move in and out of LTE areas. AT&T has two 4G networks that work together for customers, LTE and HSPA+ with enhanced backhaul. With other carriers, when you travel outside of their LTE coverage area, you’re on a much slower 3G network.

Sony’s first 4G LTE smartphone comes with a 4.6-inch HD Reality display (1280 x 720), as well as the ability to view HD content on the big screen via HDMI. The HDMI connection also opens the Xperia ion’s TV launcher, a customizable home screen carousel of application shortcuts. You can navigate the TV launcher and the rest of the Xperia ion’s menus at your convenience using your TV’s remote control.***

Shutterbugs will love the Xperia ion’s 12-megapixel Fast Capture camera and quick launch feature to seize life’s unexpected moments. With its dedicated camera button, the Xperia ion swiftly goes from standby to first camera shot in just 1.5 seconds and then from shot-to-shot in less than a second, ensuring you don’t miss a moment.  Xperia ion boasts all-around HD video recording, so whether capturing memories or video chatting, you can be sure to have high-quality video on the go using either your rear or front-facing cameras.

Xperia ion is complemented by SmartTags****, which let you do things you normally do on your phone, but more quickly and easily, with just one tap.  Using near field communication technology, SmartTags let you store device preferences for a variety of locations and situations – like opening and controlling volume on the music player if you head out for a run, turning on GPS and Bluetooth in the car or turning on your alarm and silencing your ringer at night.

Sony Entertainment on the Go

Taking your music and videos with you everywhere just got easier than ever thanks to the Sony Entertainment Network (SEN). Sony Music Unlimited puts a global catalog of more than12 million songs at your fingertips, and Sony Video Unlimited makes sure there is never a dull moment with the latest Hollywood blockbusters and TV shows from all major studios available for you to rent or buy.

For the Xperia ion, both Music Unlimited and Video Unlimited are available for download from the Google Play store.  AT&T customers who buy the Xperia ion will get to try the premium service level of Music Unlimited free for thirty days.  The Xperia ion is also ready for advanced gaming as it is PlayStation® Certified. The hardware is optimized to deliver an exceptional gaming experience and users will have future access to PlayStation titles as the catalog is developed.  With so much entertainment to be enjoyed, the Xperia ion comes with plenty of internal memory, with the option to add up to 32GB external (microSD™) memory.

*AT&T products and services are provided or offered by subsidiaries and affiliates of AT&T Inc. under the AT&T brand and not by AT&T Inc.