They don’t really want you to use them (as evidenced by the lack of support for them) all of the carriers have been improving their prepaid plan offerings lately with the hopes that you’ll abandon your MVNO in favor of the real deal. Friday, AT&T jumped on the “me too” bandwagon by improving the data buckets that they offer with their pre-paid plans.

Additionally, both of these plans (the only ones that actually offer monthly data packages) also include rollover data (whatever you didn’t use last month will be added to this month) and can be $5 cheaper respectively if you sign up for auto-pay. 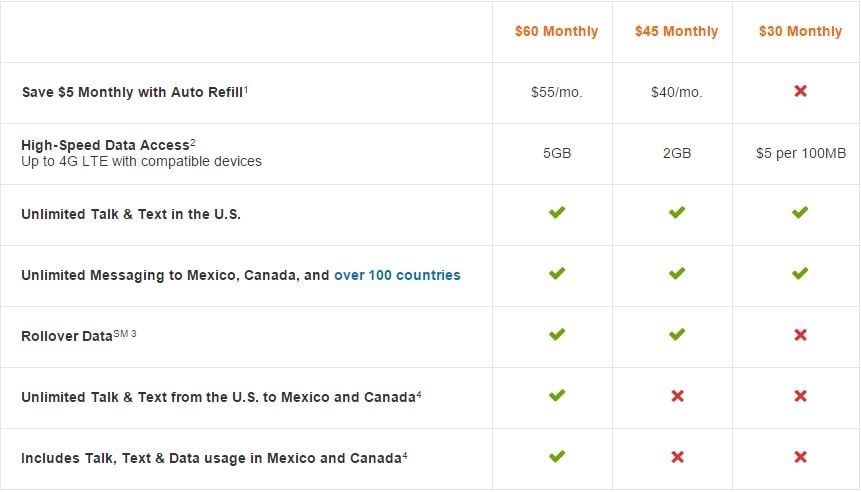 These plans still aren’t particularly competitive with even their own pre-paid service, Cricket, which offers 2.5 GB per month for $35 after $5 aut0pay credit and the same $60 gets you 10GB and the same benefits to and from Mexico and Canada. The biggest differences would be the rollover data and the fact that Cricket is throttled to 8mb/s whereas presumably AT&T’s branded GoPhone service would go as fast as the technology allows.

The new prepaid plans are available now, so if you want to give it a try, just hop on over to AT&T’s website!