I have been using a Nexus 6 for the past four weeks, and I can tell you the bugs are getting old.  Luckily for me, AT&T started its roll out of Android Lollipop 5.1 as my own phone received the update last night.  The build number is LMY47D, and it comes with stability improvements, supposed improved battery life, bug fixes, and the ability to lock your phone and keep it locked even if the phone somehow manages to get wiped.

If you’re wondering how to check for the update, the phone should check itself whenever you hop onto a WiFi network, but you can still manually check by hitting your “settings” button, followed by “about phone”, and then finally followed by “system updates”.

I can already tell you that the phone is running much smoother, battery life has not changed much in the short time I have been using my phone, but overall I am happy with the update.  For the record, I am using a Nexus 6 purchased directly through AT&T, as I could not wait for a Google version since the phone was on back-order for so long,

Update – I figured out why my Nexus 6 got the update.  I have two Nexus 6 phones, and one of them I reset to factory settings.  After I reset the phone, I set it up using the backup I created before starting anew.  Once I set the phone up as a copy, I was instantly prompted to download Android 5.1.  In order to verify this was the method to getting Android 5.1, I did the same exact process to my second phone to hopefully learn and to help you readers.  And guess what, the second Nexus 6 prompted me to update to Android 5.1!!!  So if you want the Nexus 6 update for AT&T just reset your phone to factory settings and then restore your phone either as a copy of the last used phone, or also set up as new.  Both methods will work. (Update – you also need to remove your SIM card when doing the hard factory reset.)  One of our readers, cg803, even confirmed with Motorola that this update was not due out until June.

If you backup your current Nexus 6, you can then restore it and get the AT&T Android Lollipop 5.1 update.

Please let me know in the comments below if this worked for you. 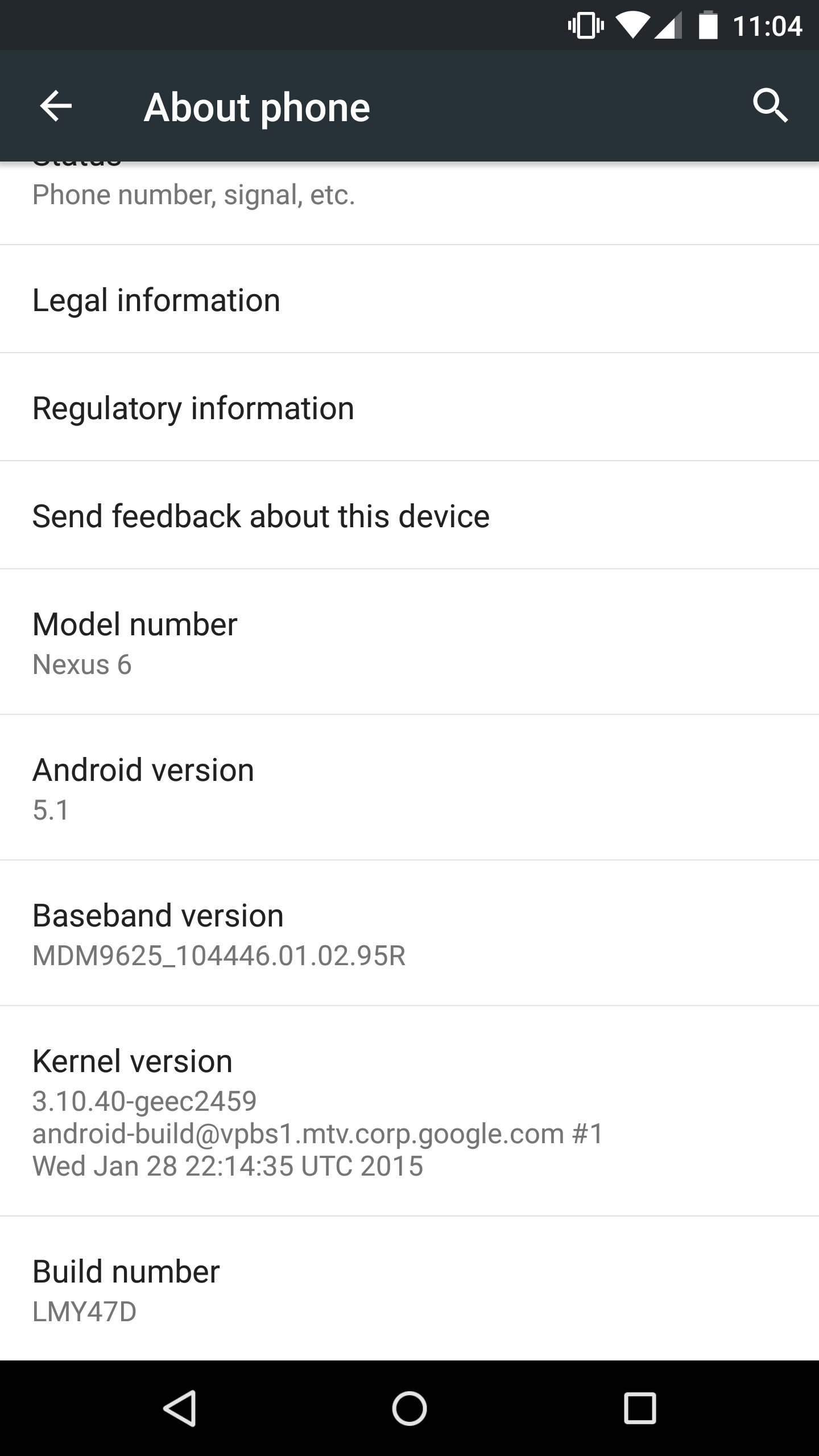