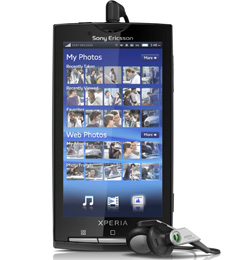 Engadget Mobile is reporting that AT&T is signed up to receive the Sony Ericsson Xperia X10 in week 30 of their fiscal year. This could mean that we could see the handset released in late July or early August. Additionally, this would bring AT&T to the Android table in a significant way, with the last of the “big 4” carriers supporting an Android flagship device.  Their earlier Android handset entries being somewhat disappointing.  The X10 could give the Android faithful on that carrier something to look forward to.

Now, week 30 of the fiscal year being in July means that there is a LOT of time between now and then, and the planned released could be changed to anything, especially given AT&T’s track record. Remember their other Sony Ericsson phone, the k850, whose release was canceled because it missed it’s “launch window.”

Even if this handset does launch during the rumored time frame it may be already dead in the water.  Many believe that it has missed it’s prime release time, and this can be indicated by the fact that when it does launched, it is rumored to be running Android 1.6 under the hood. Users simply have too many choices out there for Android handsets that have the latest flavor of the OS running on them for this unit to be appealing with what it is offering. Perhaps if AT&T can confirm the rumors that the X10 will get the 2.2 update shortly after release will users give this one a try.

It seems like AT&T continually misses the bus on the Android front, they have yet to offer a strong flagship handset running Android, and thus are late to the fact that Android is a real contender in the mobile industry. One thing that does not bode well for this handset is the rumor that the Samsung Galaxy S is coming to the “big 4” instead of one exclusive carrier.  If this is true, I honestly cannot see users jumping a this phone when the Galaxy may just be around the corner for them. Hands on reports from authors on our own sites say the Galaxy is one of the best handsets they have ever gotten to play with.

Stay tuned for more developments on this handset.