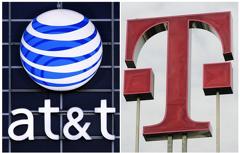 This is getting a bit concerning, Yahoo Finance is reporting that AT&T has made a statement saying that T-Mo customers who have 3G handsets will need to have their devices replaced if the recently announced merger goes through.  The reason being that once the acquisition is finalized, AT&T plans on reconfiguring how the current T-Mo towers work, re-purposing them for 4G service in an effort to increase the speed of their network overall.

A quote from the article talking about the change of towers, and hinting at some plans:

AT&T said that some time after the closing, it plans to rearrange how T-Mobile’s cell towers work. The spectrum they use for third-generation services, or 3G, will be re-purposed for 4G, which is faster.

That would leave current T-Mobile phones without 3G. They would need to be replaced with phones that use AT&T’s 3G frequencies. Ralph de la Vega, AT&T’s head of wireless and consumer services, said this will happen as part of the normal phone upgrade process.

“There’s nothing for them to worry about … it will be done over time, in a way that’s good for customers and good for AT&T,” de la Vega said in an interview.

There is no word yet of course what de la Vega means when he makes the above statement, but I am not sure how comforting I find it. I may go down and start looking at what it would take to get me into a Thunderbolt after hearing this. What do you think?