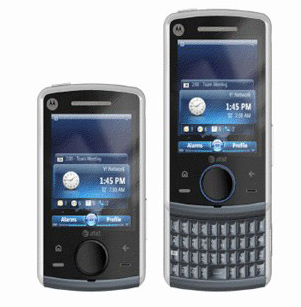 Remember yesterday’s leak of the HTC Lancaster- the phone that was outed in a presentation slide?Â  There’s more. AT&T is looking to bring a second Android device out by the end of the year.Â  Called the Heron, it’s a vertical slider from Motorola.

The device has a full QWERTY keyboard hiding below the 2.8″ touch screen, which should appeal to those used to BlackBerry or WinMo phones.Â  One-handed typing should be a breeze with it.

The slide leads us to believe this phone was previously slated to run Windows Mobile.Â  Near the top right hand side one can see “Subject to change due to move to Android.”Â  Perhaps this form factor was already rolling along before Motorola committed their smart phone line to Android.Â  It’s possible the specs are subject to change, however the date is most likely what could be affected.Â  There’s still six months before launch so we’re hoping they have plenty of time to work it out.

We’re curious about what “unique experiences related with location services and social networking with the slider in closed position” means.Â  Maybe the phone has widgets built in that show updates to Twitter and Facebook status.Â  This is probably what was going on when they started recruiting for their social networking device. 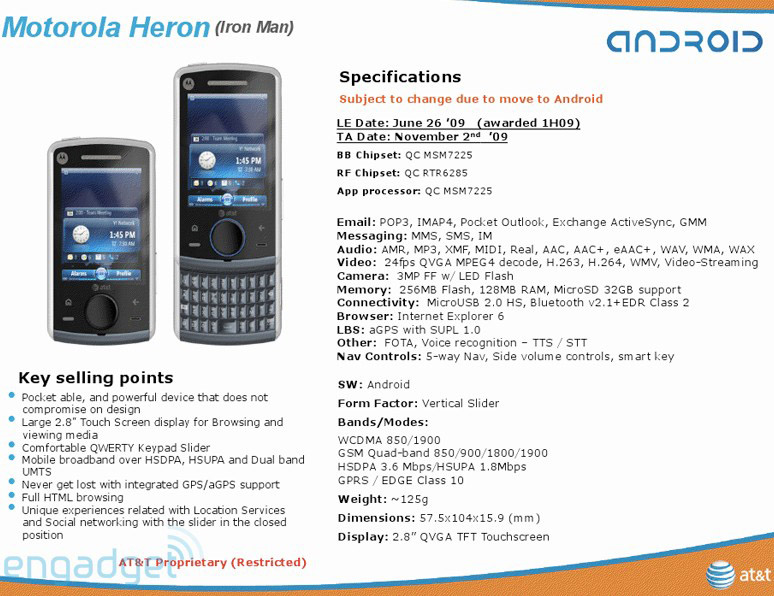