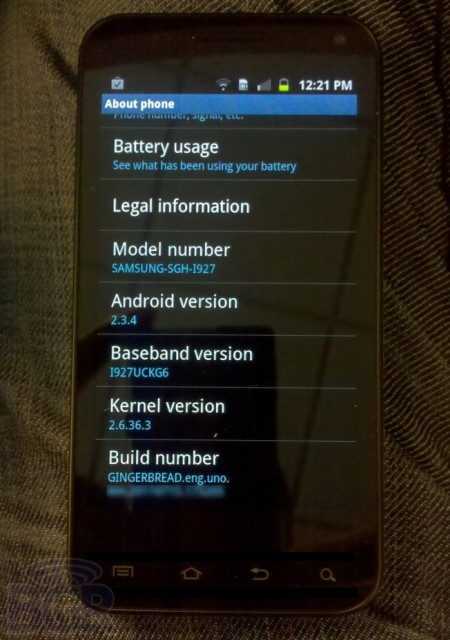 And we’re back once again with another Samsung Galaxy S II for AT&T post. A few days ago, BGR leaked the shot of a Samsung handset with a sliding QWERTY, indicating that was the Galaxy S II Attain, headed for AT&T.  Today sees them singing a different tune as they tell us that the carrier will not be releasing the phone with a hard keyboard.  As it turns out, AT&T will be offering two Samsung handsets in the near future, one a GSII and the other one you’ve already seen.  Hurray for choice.

The phone you see to the left is running on kernel version 2.6.36.3 which is actually the Honeycomb kernel and not Gingerbread. Perhaps a little more testing and tweaking is in order?