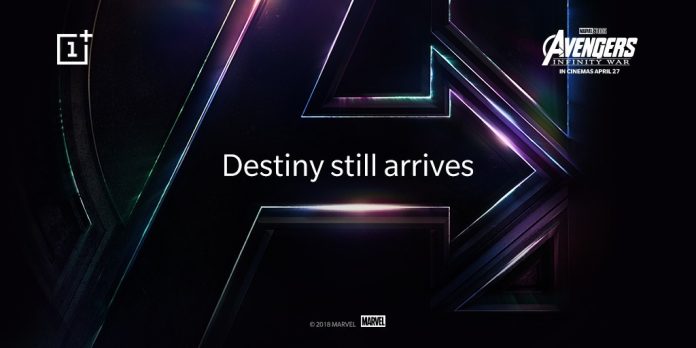 Over the last few weeks, there have been some rumors about a possible Marvel and OnePlus partnership. This would be for a special edition OnePlus 6, themed to the tune of Avengers: Infinity War.

It seems that this partnership has been confirmed in press material to our friends at Android Central. A partial reason for this deal is to help celebrate the 10th anniversary of Marvel Studios.

You may remember that OnePlus recently partnered with Disney for the launch of Star Wars: The Last Jedi. So this collaboration should come as no surprise.

The downside here, as was with the Star Wars edition, is that this OnePlus 6 is likely to be limited to India. That means the only way that you will be able to pick one up here in the US is through eBay or Swappa. Unfortunately, it’s also likely that a hefty price markup will also be in tow.

I don’t know about you, but I’m beginning to get really jealous of those in India. First, there was the Star Wars edition, and now the Avengers edition of the OnePlus 6. If there was a world where money grew on trees it would be one thing, but that’s not the case.

While this confirms that a special edition OnePlus 6 is on the way, that’s the only confirmation that we have. OnePlus stopped short of revealing when this device would possibly be released.

We are expecting quite a few changes with the upcoming OnePlus flagship, including a notch. The OP6 will also have a dual-camera system, along with the Snapdragon 845 SoC and at least 6GB of RAM.

OnePlus could be making its official announcement in the next few weeks, so we’ll be sure to keep our ears to the ground. Let us know what you think about an Avengers-themed OnePlus 6 and if you would want one.