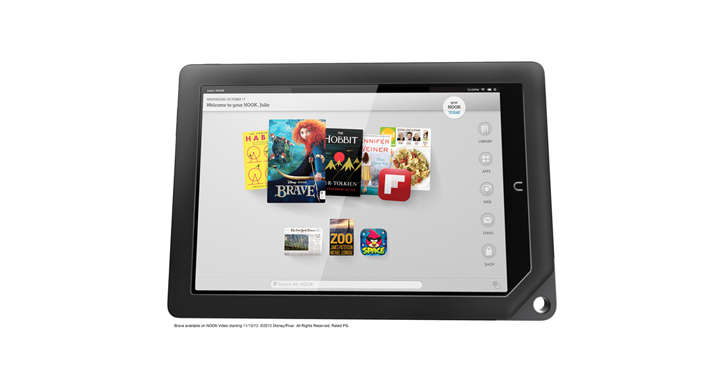 Barnes & Noble announced on Friday that the Nook HD and Nook HD+ will now feature the Google Play Store. Yes, the eReader that became a quasi-Android tablet has become a full-fledged Android tablet.

The Google Play Store will be available immediately for download from bn.com and will be deployed to devices via a Wi-Fi update in the next few days. Once installed, users will have access to apps such as Gmail, Chrome, YouTube, and more.

By adding Google Play to NOOK HD and NOOK HD+, we are offering our customers even more great entertainment on our award-winning tablets,” said William Lynch, chief executive officer of Barnes & Noble. “Now with access to more than 700,000 apps and the best reading experience available, NOOK HD and NOOK HD+ are must-see products for entertainment lovers looking for high-quality tablets at incredibly low prices.”

It’s unclear, exactly, as to why B&N decided to integrate the full breadth of Google Play apps and services however the most likely scenario is pressure and competition. With other Android tablets offering more hardware for less money, and access to B&N NOOK apps, the Nook HD has struggled to sell as well.