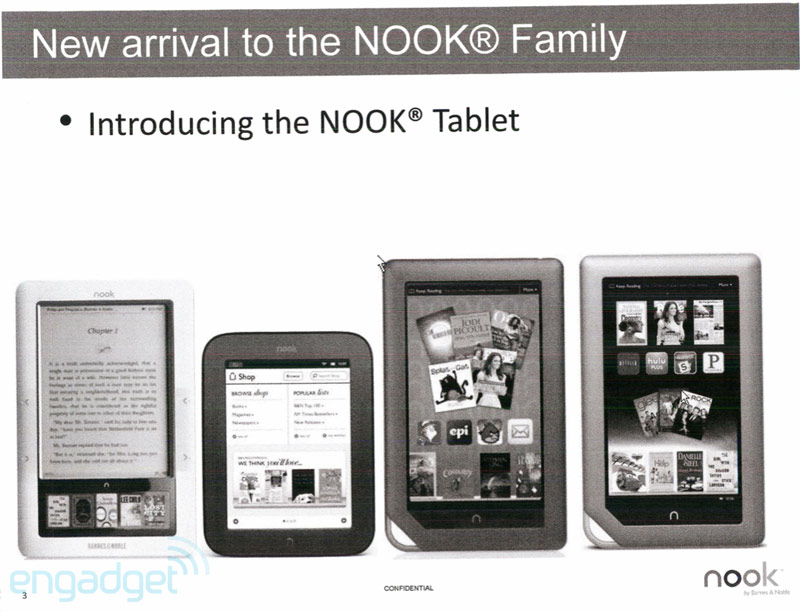 If rumors are correct, Barnes & Noble is gearing up to announce their first actual tablet just in time to rival Amazon’s Kindle Fire. A few media outlets have obtained documentation showing B&N’s plans to announce their NOOK Tablet Monday November 7, with pre-orders starting that same day. The NOOK Tablet looks to be almost identical to the NOOK Color on the outside, but packing full heat on the inside. Instead of listing all the specs for you to read, I’ve decided to include a pic of the documentation showing not only the NOOK Tablet’s specs, but how it compares to the upcoming Amazon Kindle Fire. 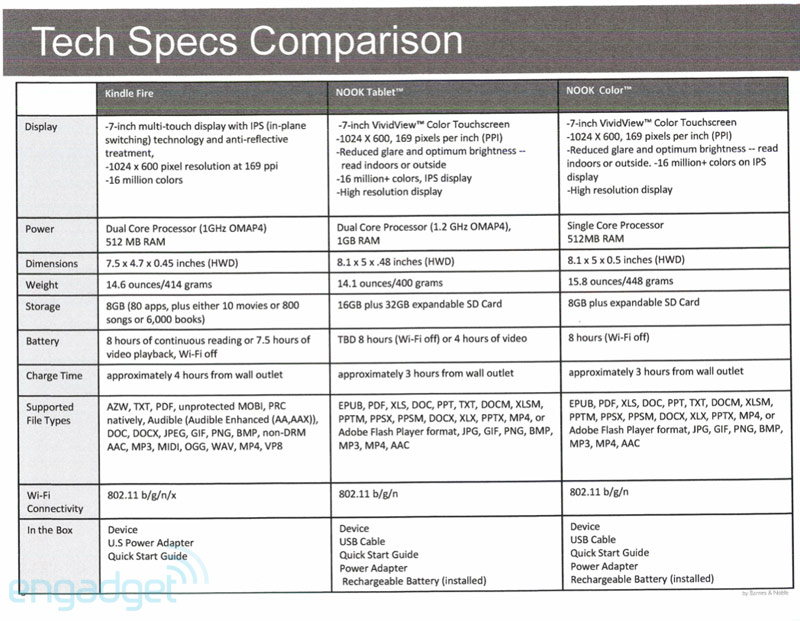 There has been no mention of the operating system but it’s safe to assume it’s Android. What version or modded equivalent of Android it will have is completely unknown and your guess is as good as ours at this point.

Now we’ve seen the specs and comparison to the Kindle Fire, but what about price? The attractive $199 price of Amazon’s Kindle Fire is what has been responsible for the units astounding pre-sale numbers so we already know price plays a significant role. Well, B&N has decided to price their NOOK Tablet at $249, which is $50 more than the Kindle Fire. While the NOOK Tablet does boast slightly better hardware specs, there are more than just specs being offered by these companies, and choosing which has the most to offer is enough to make your head spin. Media content aside, are the NOOK Tablet’s specs enough to persuade customers to purchase it over the Kindle Fire? For most people, I’d say no. For those of us looking for a cheap tablet to hack, I’d say yes. The NOOK tablet is worth the extra $50, especially given B&N’s acceptance of the modder community. They never really gave anyone a big stink over the rooting and modding of the NOOK Color while I’m guessing Amazon might hold an entirely opposite business model.

Either way, we’ll soon find out. The Amazon Kindle Fire is set to arrive November 15, while the NOOK Tablet is slated to begin shipping one day later. Coincidence? I think not.

To further prepare for the announcement of their new tablet, B&N documents show that the NOOK Color will see a $50 price drop along with a significant software update. The new update (v1.4) will include: 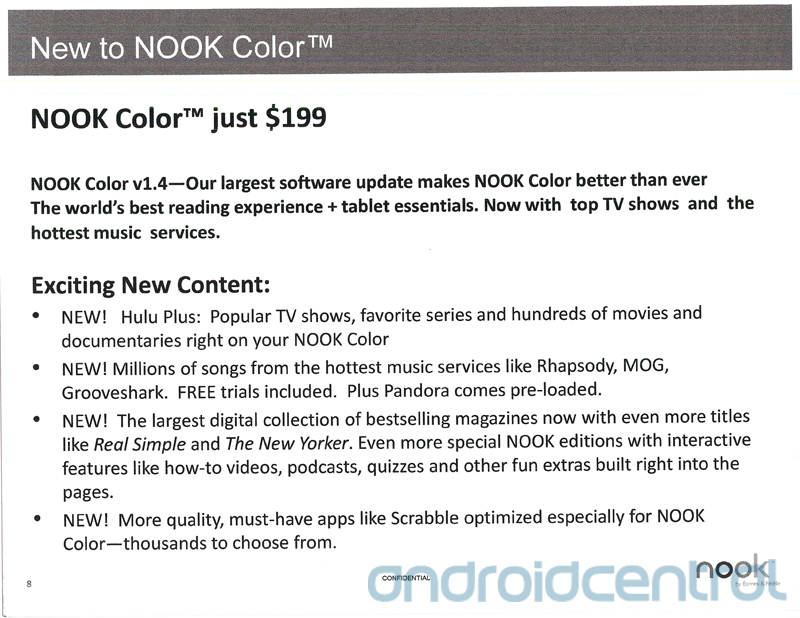 They also plan on dropping the price of the NOOK Simple Touch reader to $99 along with a software update (v1.1) to include: 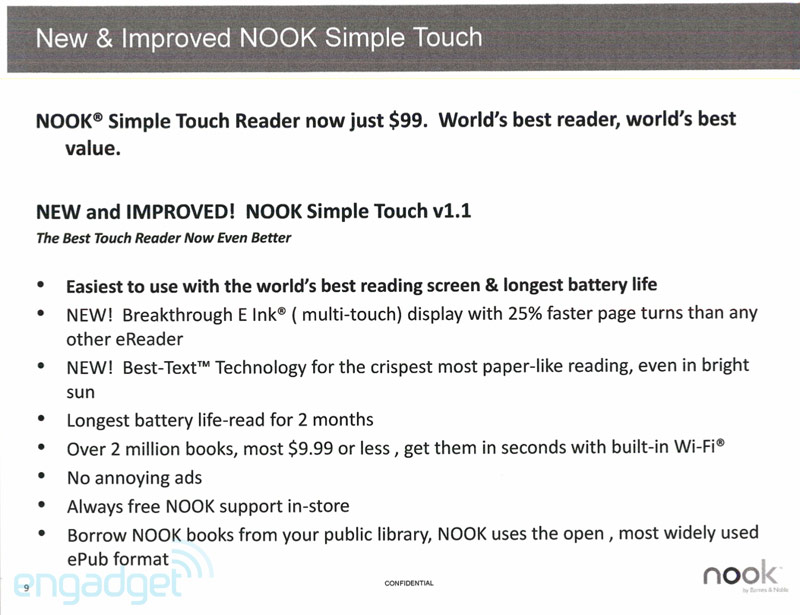 So what do you guys think? Does B&N stand a chance against Amazon’s amazing $199 price? Will Amazon lose any sleep over the NOOK Tablet or will we see that rumored 10.1″ Kindle Fire soon enough to make us forget about the NOOK? Do you even care? I’m sure we’ll be hearing more about B&N and their plans on November 7. Until then, here are some pics of the black and white copies of said documents.