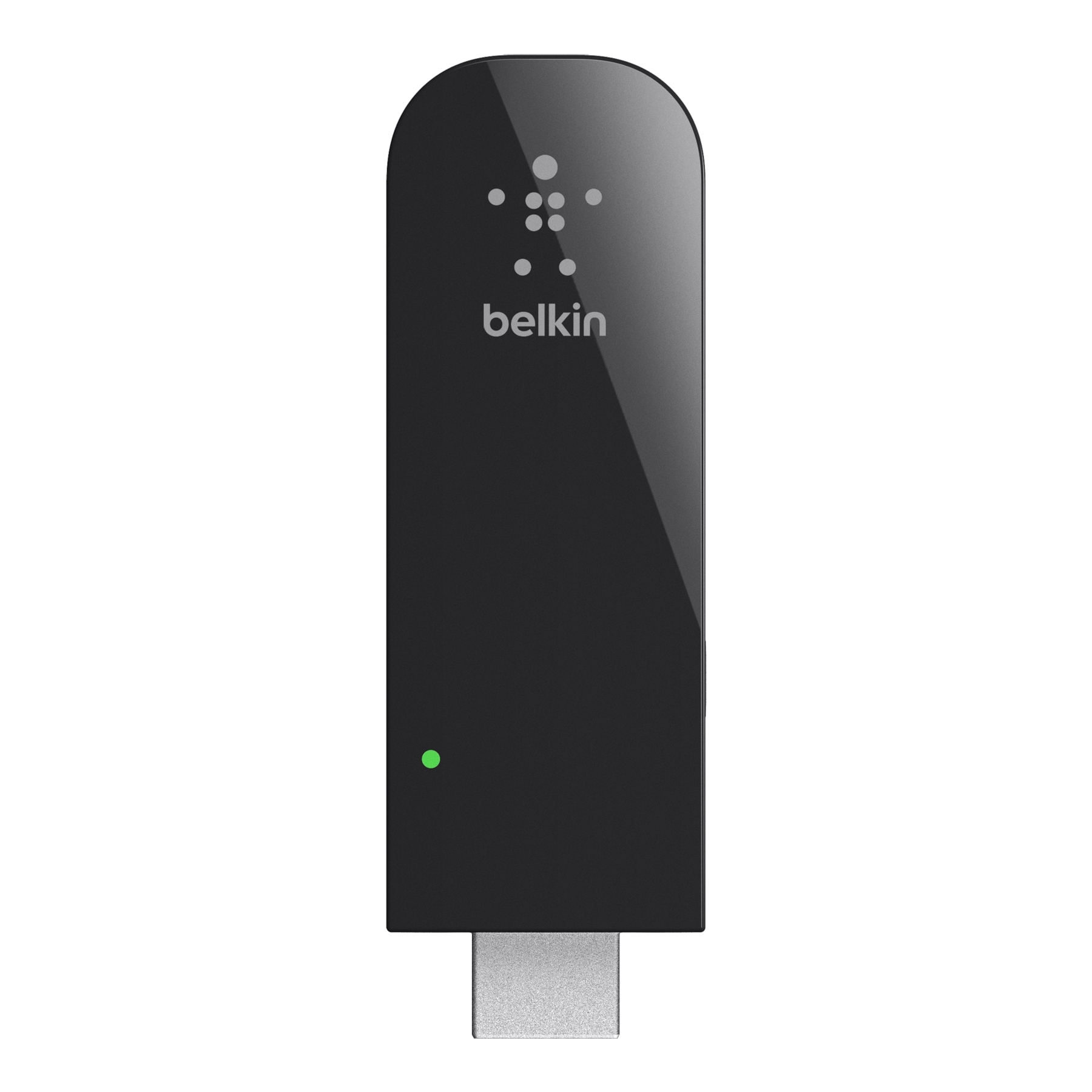 If you’re tired of waiting for the Chromecast to support screen mirroring from your Android device, Belkin has just the thing for you with its new Miracast Video Adapter (F7D7501). You should all be familiar with Miracast being Android fans, but if you’re not, it’s the wireless display standard that doesn’t require existing WiFi networks to display content over-the-air from embedded devices.

The company just announced the $79 device, which is a small HDMI dongle that wirelessly displays content from an Android device directly to an HDTV by mirroring the screen of your device. Belkin said it enables you to enjoy any of your phone’s content, including movies, TV shows, video clips, photos, games or apps, in full 1080p HD resolution with “plug-and-play simplicity and without messy cables.”

The device looks similar to a Google’s Chromecast, plugs into the HDMI port of your HDTV or monitor and uses a small USB cable that can be connected to the TV’s USB port for power.It also includes an extension cable for easier attachment.

The Miracast device is available now from Belkin or Amazon for $79.99.