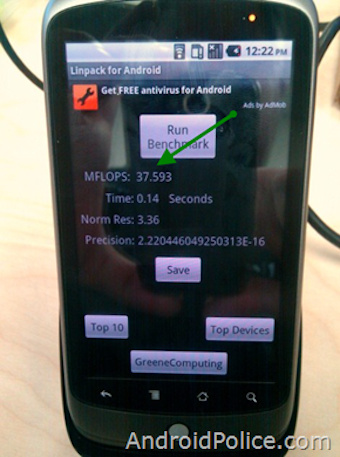 Alright so let’s preface this with the whole “take it for what it’s worth” deal.  The guys over at AndroidPolice have been playing with the Froyo (2.2) build of Android and decided to do some benchmark testing.  They are using an application called Linpack which measures efficiency and speeds in “Millions of FLoating-point Operations Per Second (MFLOP)”.  The idea here is that the higher number you can get, the better.

For comparison sake, here’s what the AndroidPolice have found:

Rudimentary math says that’s about 4.5 times the 2.1 figure.  We have no way of verifying any of this, nor do we pretend to be experts at flops and linpacks.  The bottom line here is that Froyo is fast.  It appears Google has done some things to optimize the platform well beyond simply adding Flash. 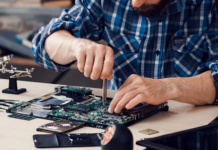