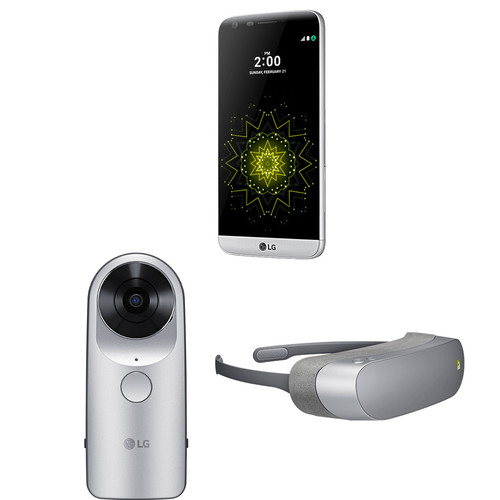 Are you hyped for the new LG G5? The latest and greatest from LG hasn’t hit store’s shelves yet, but B&H has an amazing pre-order package going on right now that you should consider.

Here’s what you get:

The phone comes in either Silver or Titan and comes unlocked for us on any US network since it supports both GSM and CDMA technologies. The phones don’t come with a SIM card so either pop in your current one or grab one from a store and you’re off and running. CDMA carriers may require activation, but that’s pretty simple stuff.

The LG G5 is one of the first phones out that has a modular design. The 360 Camera and VR Headset are two of the “friends” that LG is debuting alongside the phone. You can also grab a camera module and an extended battery to enhance your G5 experience.