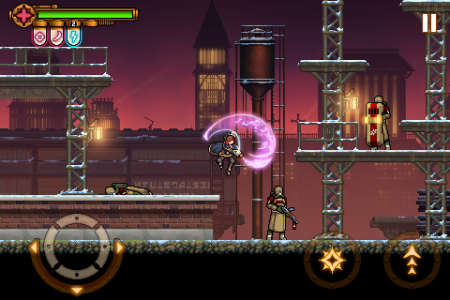 Big Blue Bubble, the developers behind the popular Burn the Rope, are set to take Android by storm.  According to information passed our way this morning, the BBB guys are prepping five new titles for Q3, including a new Burn the Rope title. The games begin rolling out as soon as September and should be in the  Android Market by October.  Looking through the images and descriptions we see a lot of high-replay value and quality gaming in our future.
Hit the break to read check out descriptions and preview images of the five coming titles! 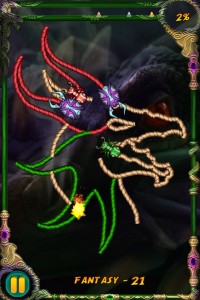 Burn The Rope: WORLDS – the sequel to one of Big Blue Bubble’s most successful games, brings totally new and unique gameplay mechanics combined with the well-known gameplay and visual style. Burn The Rope: Worlds is a challenging game where players try to burn as much rope as possible in each level, but there’s a catch! The fire only burns upwards, leaving the player to tilt and turn the phone to keep the flame alive! 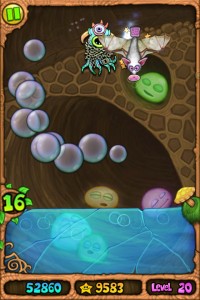 Fling a Thing – is a simple game where you shoot your Thing in the air and collect all the bubbles. The player advances onto the next level when all the bubbles are collected. The player has a limited amount of shots and when they run out, the round ends. The Thing is shot in the air by touching and pulling it back like a slingshot. 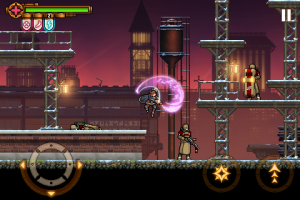 Dark Incursion – is a side scrolling, hack and slash game that gives the player a full stereoscopic 3D experience. It takes place in an alternate reality in the late 1800’s, amidst an industrial revolution and a world war. The player is the character, Anya, who is one of the few who know about a secret military laboratory developing biological weaponry that could devastate the entire planet if it got out of control. 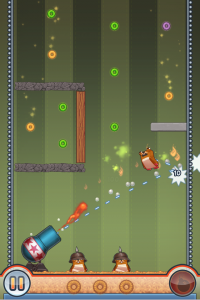 Hamster Cannon – is a physics-based puzzle game in which the player combines and launches various hamsters out of cannons to collect Golden Noms. The player will select three different hamsters out of a possible eight – each with their own special skills. The player will use angles and bouncing to navigate the levels with a myriad of different surfaces that can react differently depending on which Hamster is being used. 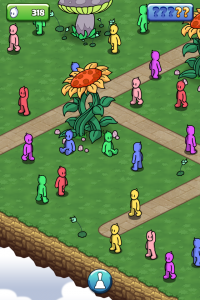 iOracle – is one of the most unique trivia games out there! It has players predicting actual real world events, in order to earn the admiration of their fickle followers, who come and go based on the accuracy of the player’s predictions. The more questions they get right, the more followers they will earn. There will be new questions asked every day, with answers being supplied on the following day.