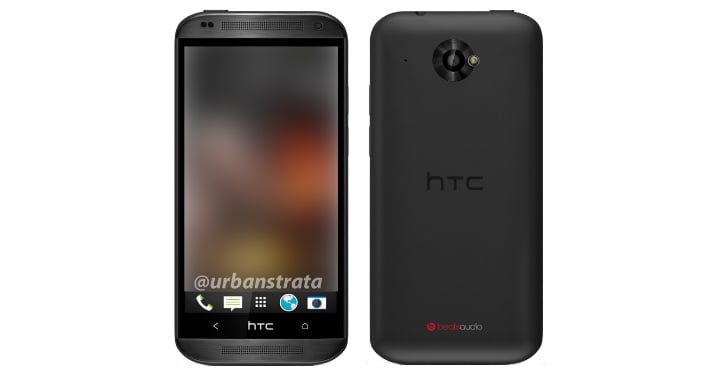 The picture gets a bit clearer today for the HTC Zara, a smartphone rumored to arrive later this year. Alleged to be a plastic take on the HTC One design, the phone looks to feature some of the same aesthetics that have made for the popular line.

According to details obtained by evleaks, the HTC Zara will run Android 4.3 Jelly Bean with HTC Sense 5.5 UI, and offer a 4.5-inch qHD display  and an 8-megapixel rear camera. Powered by a dual-core 1.2GHz Qualcomm Snapdragon S4 Plus processor, the Zara should also feature 1GB RAM, microSD expansion, and a 2100mAh battery. Indeed, the specs are a little different from what we’ve heard before so proceed with caution.

As for why there’s an @urbanstrata watermark instead of the typical @evleaks, it’s because that one belongs to Jeff Gordon, the Senior Global Online Communications Manager at HTC. He had previously chimed in on a photo of an HTC One Max render (revealed by @evleaks) if only to call it “fake”. As for this particular model, Gordon only says that “HTC doesn’t comment or rumors and speculations.”

Reportedly, the HTC Zara should be released before the year is out and could find a home in the United States at Sprint. The most recent chatter suggests that the HTC Zara may arrive at the same time of the HTC One Max.