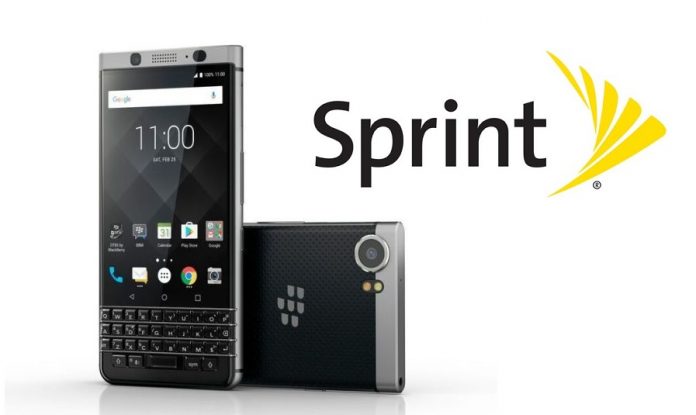 Fancy BlackBerry’s latest KEYone handset? Good news! You’ll be able to pick it up from Sprint as soon as tomorrow. Previously customers could buy only the unlocked KEYone which was not compatible with Sprint’s network.

Sprint will thus become the first carrier in the US to directly offer the phone, although we heard rumors a Verizon version is also in the works.

Information about the KEYone’s release surfaced on the Sprint community forums, where a company representative revealed the smartphone is expected to launch for online direct ship order starting July 14. Customers who’d rather pick up the BlackBerry KEYone from a Sprint brick and mortar store, have to wait two more weeks until July 28. 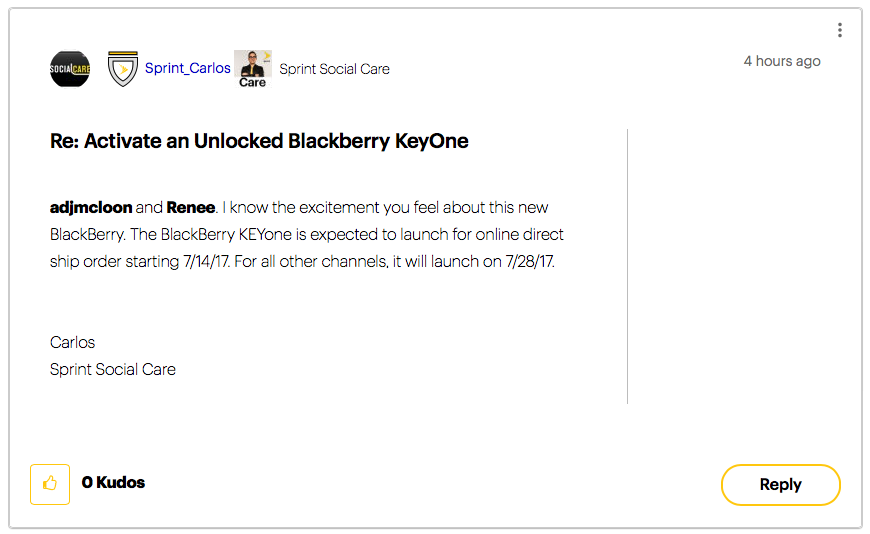 Pricing information is yet to be revealed, but the unlocked BlackBerry KEYone with 32GB of storage is currently going for $549.99 in the US.

The phone comes with an aluminum frame and textured back, thus making it quite easy on the eyes. It includes a 4.5-inch touchscreen display with 1600 x 1050 resolution and a QWERTY physical keyboard – the standout feature of this package, which provides tactile feedback while you type.

The KEYone is a middle-range handset boasting a Snapdragon 625 processor, 3GB of RAM and 32GB of storage. It also carries a 12-megapixel primary camera and an 8-megapixel selfie snapper.