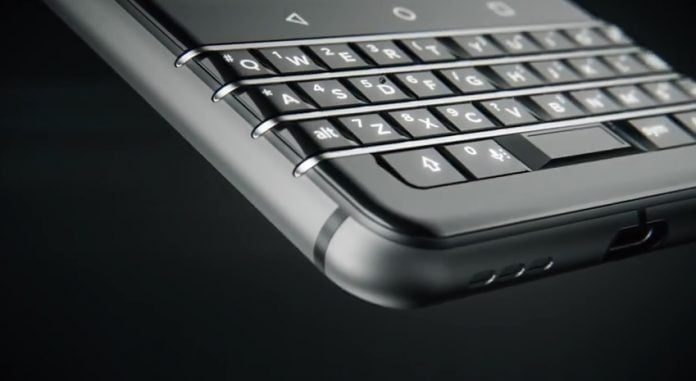 BlackBerry is expected to bring its next smartphone, the so-called Mercury, to Mobile World Congress next month. According to a tweet from BlackBerry Mobile, the handset should make its debut on February 25. While it has not specifically said so, BlackBerry’s phone would help kick off the annual MWC trade event.

BlackBerry doesn’t manufacture its phones any longer; it has tapped Chinese company TCT to produce the products. Instead, BlackBerry remains a software company who licenses its name.

TCT, who also operates the Alcatel brand, plans to help expand the BlackBerry portfolio. Although it’s similar to what Nokia Mobile and HMD are doing, the two appear to sit on opposite ends of the spectrum. The Nokia 6, currently sold in China, is a low-cost experience whereas the Mercury (final name to be determined) is more of a high-end model.

The BlackBerry Mercury which has been teased in an official clip should arrive with a 4.5-inch touchscreen display alongside a QWERTY keyboard. The phone should take advantage of a Snapdragon 625 working in concert with 3GB of RAM and 32GB of internals storage. Other specs might consist of a 3,400 mAh battery and Android 7.0 Nougat out of the box.