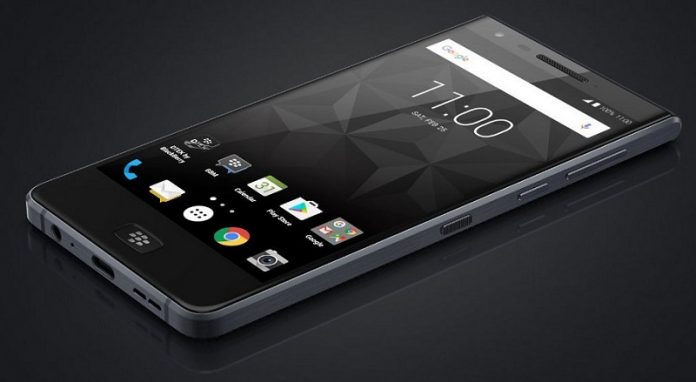 Last month we told you BlackBerry’s first water-resistant smartphone was in the pipeline. The phone – known as Krypton – was said to make a debut in October sans the iconic QWERTY keyboard.

While Krypton has been spotted going through the FCC (and other agencies) collecting certifications, it has now become apparent the phone will be launched on the market as the BlackBerry Motion. Krypton was probably just a codename.

Anyway, frequent leakster @evleaks this week revealed the first image of the BlackBerry Motion which appears to feature a fingerprint scanner on the front embedded in a home button that has the BlackBerry logo plastered on top.

On top of that, the BlackBerry Motion seems to be made out of metal, runs Android and includes a 3.5mm headphone jack.

From previous reports, we also know the phone will take advantage of a generous 4,000 mAh battery, but other than that the rest of the specs remain a mystery at this point.

A second Tweet coming from another reliable leakster, Roland Quandt claims the phone will be sold through Verizon, AT&T, and Sprint. He also notes a dual-SIM version will be available in some markets (including China).

At this point, we can’t tell you when the BlackBerry Motion will make a debut on the market, but given that leaks related to it have intensified, we’ll have to assume it’s going to be soon.