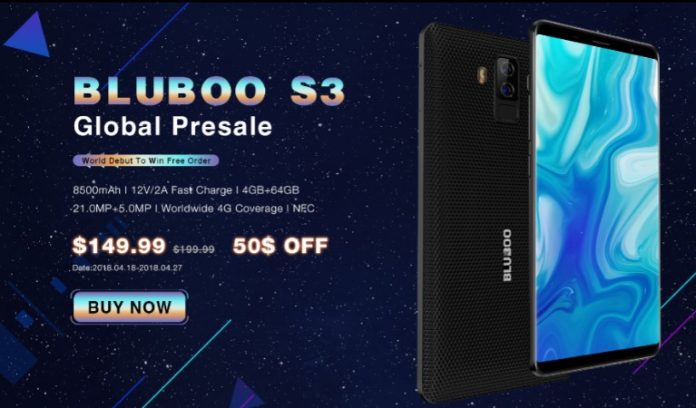 We’ve been telling you about the upcoming Bluboo S3 smartphone. The product is scheduled to go on sale in a few days and you’ll be able to pick only up for $149.99.

During the promotion period, Bluboo will select 2 free orders randomly, so you have a chance to win an S3 smartphone. What’s more, 10 half-price orders will be available daily at 10:00 UTC. Interested parties will also be able to snatch a $50 gift pack for the smartphone.

Bluboo gives you the chance to win a free S3 smartphone

The handset is already listed on Banggood, but it’s listed as “Coming Soon.” It also shows a $199.99 price tag.

While the design of the Bluboo S3 is obviously inspired by the Galaxy S9, the former comes with a larger battery and is a lot more affordable. 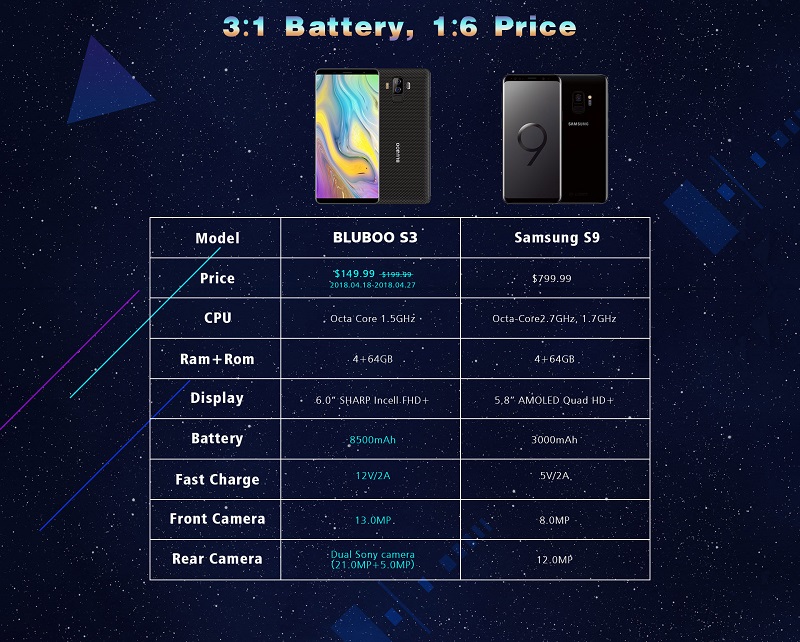 The capacity of the battery is three times larger than the Galaxy S9’s. Bluboo says the phone can last up to 6 days on a single charge. And thanks to the 12V/2A charge and 1A output recharge function, the device can be fully recharged in 2.5 hours.

The phone comes with a 6-inch FHD+ display with 18:9 aspect ratio and a MediaTek MT6750T processor under the bonnet. Bluboo also throws in 4GB of RAM and 64GB of expandable storage. 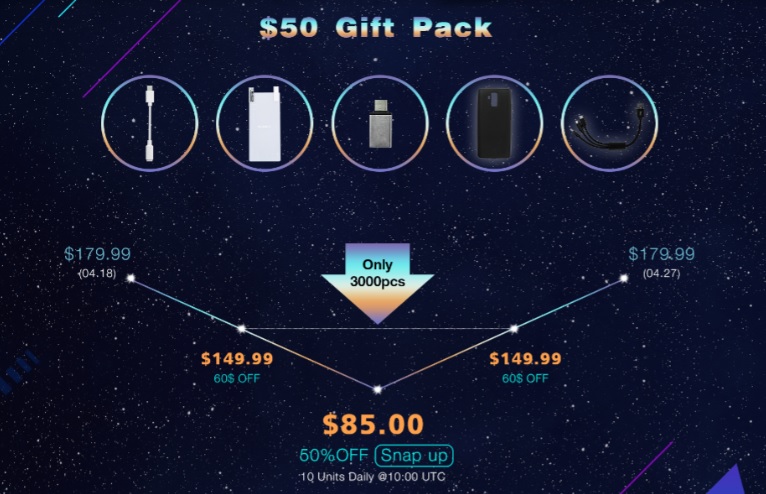 Rounding up the package is a dual-camera setup which pairs a 21-megapixel sensor with a secondary 5-megapixel one. When it comes to selfies, users will be able to take advantage of a front-facing 13-megapixel snapper.

Bluboo promises the S3 will get updated to Android 8.1 Oreo at a later date, although we’re not sure with which version it will be available at launch.

So if you think the Bluboo S3 might be for you, don’t forget to place your order during the promotional period, so you can get it at a discount.