Mobile company BlueStacks yesterday announced a new iteration of their popular Android Emulator “BlueStacks 2”. After hitting multiple major milestones with the original version, the platform has now counted 109 million downloads, with its users consuming over one billion apps per month.

As so many people use BlueStacks, it’s not surprising that their Android user base recently surpassed both Xiaomi and Sony in terms of users to become the 7th largest Android distributor in the world. “I’ve watched this company come up as Android has come up over the years,” said Tim Bajarin, an Analyst and President of  Creative Strategies. “Both have exceeded almost everyone’s expectations.” 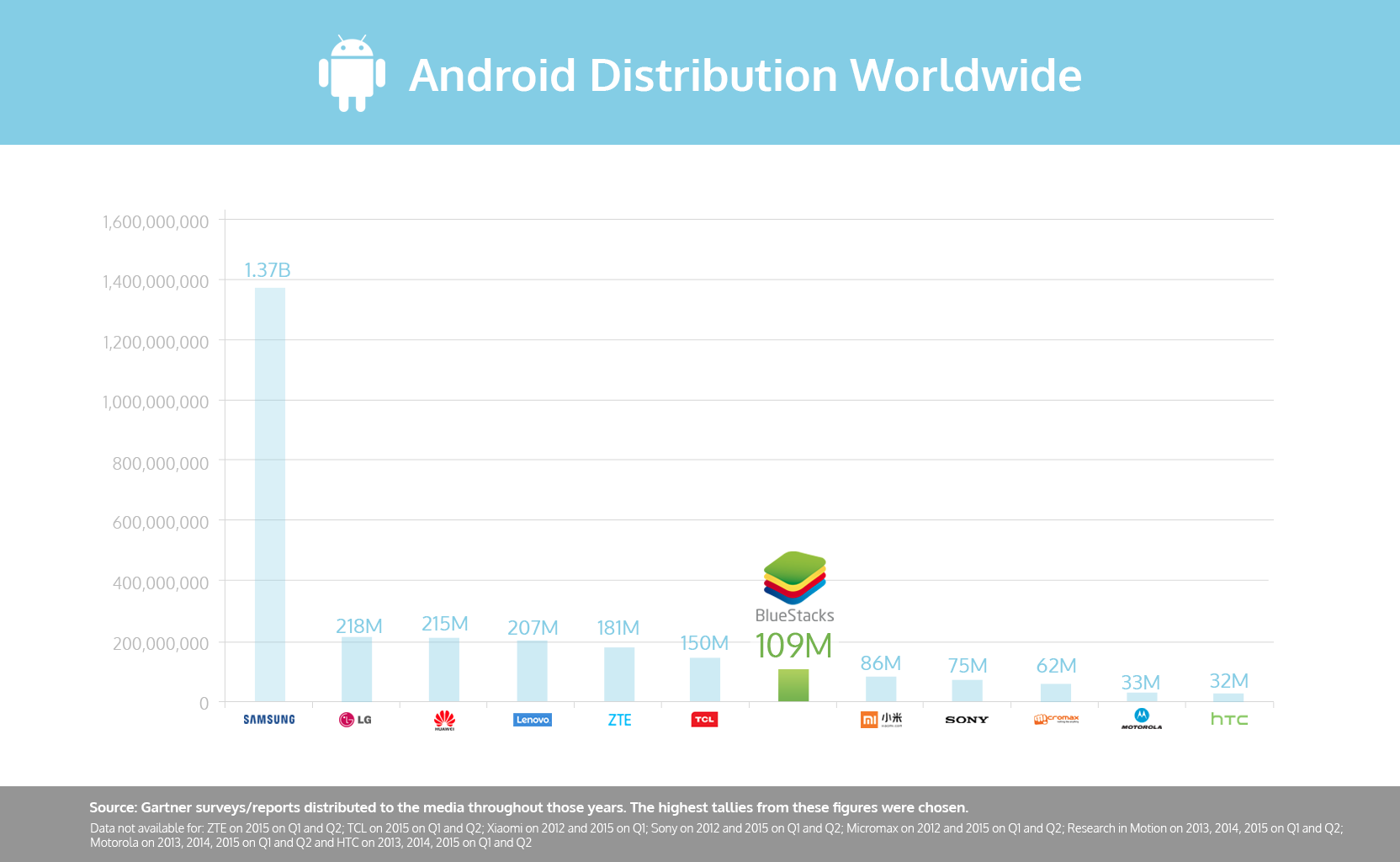 “When we started, mobile apps, with their crisp resolution looked and sounded gorgeous on PC and TV,” said BlueStacks Product Manager, Shashi Kant Sharma. “What we’ve learned is that the wider visual space lends itself more naturally to app discovery. It’s accelerated our growth and retention massively over the past year. The average Bluestacks user spends 89 minutes playing on their first day. In addition, once someone discovers apps on PC or TV they tend to use them across all of their devices, giving the BlueStacks platform a powerful reach for developers.” 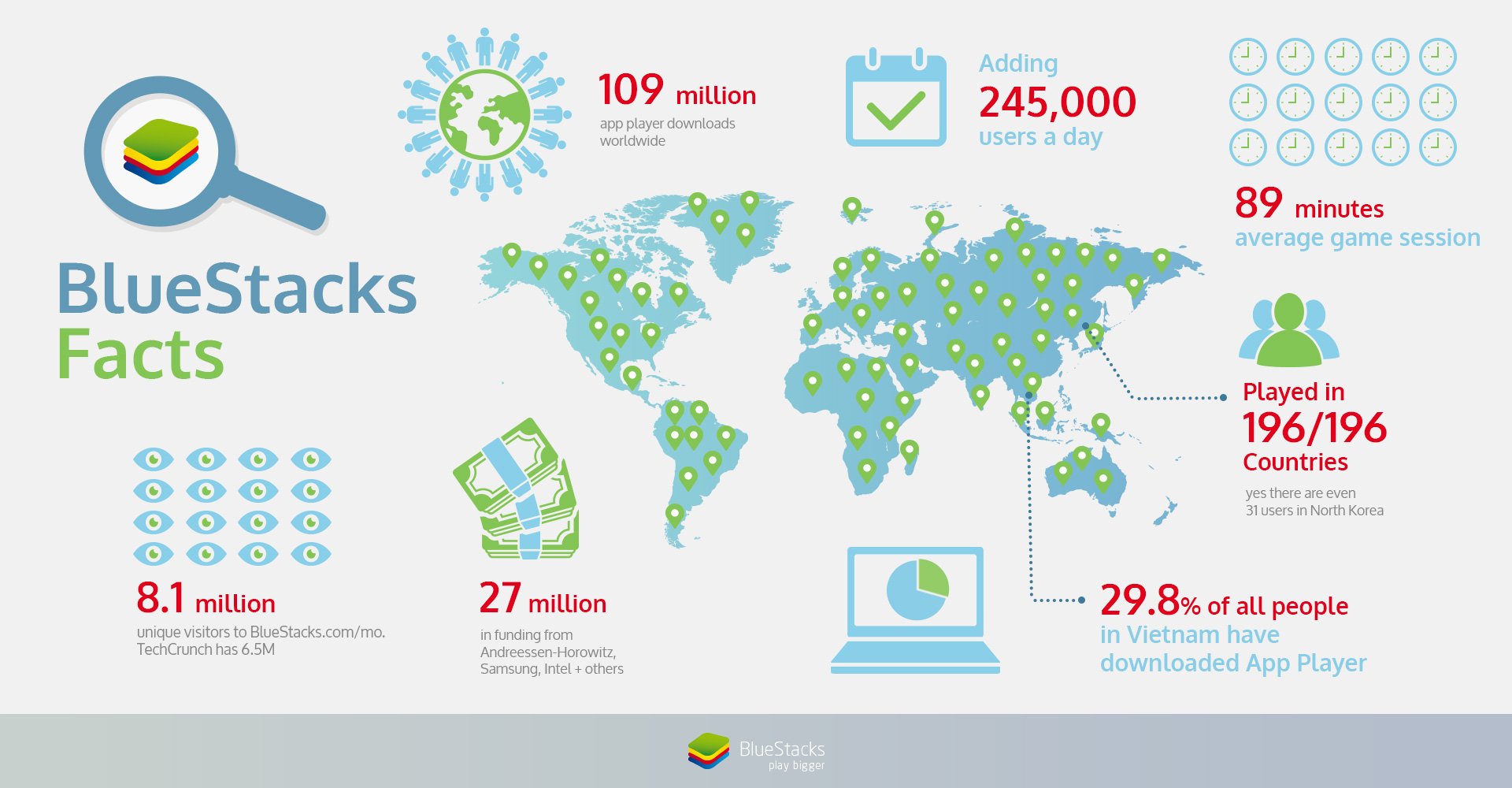 They have taken all this into consideration and have been working hard at the new version. BlueStacks 2 adds several new features to marry gameplay and app discovery. For example, it has a new browser-like interface with tabs, where, upon clicking an ad, a new tab opens where people can view the ad later without interrupting gameplay. This represents an entirely new type of ad unit. BlueStacks 2 also incorporates the ability to run multiple apps at the same time in different tabs for the first time ever. The company states that many users are running messaging apps and gaming apps simultaneously.

“As our product and platform has matured, it has attracted a new genre of gamers,” said BlueStacks CEO, Rosen Sharma. “Hardcore PC gamers we find are also into playing midcore mobile games. These users spend a lot of money, which has attracted app developers to our platform in droves. On the other end of the spectrum, apps like messaging and eCommerce also tend to get heavy usage and attract high-value users. The platform has been a boon for advertisers.”

BlueSacks is based in Silicon Valley with offices in Beijing, Delhi, London, Tokyo, Seoul and Singapore. They would like to mention their sponsers; Andreessen-Horowitz, Samsung, Redpoint, Qualcomm, Intel, Ignition Partners, Radar Partners,  Presidio Ventures (a Sumitomo Corporation Company), Citrix, AMD and Helion Ventures.

The 100-person company launched in May, 2011 and the first version of its Mobile Gaming Platform was released in March, 2012. You can join the company’s 1.3 million Facebook fans here or follow BlueStacks on Twitter at @Bluestacksinc.