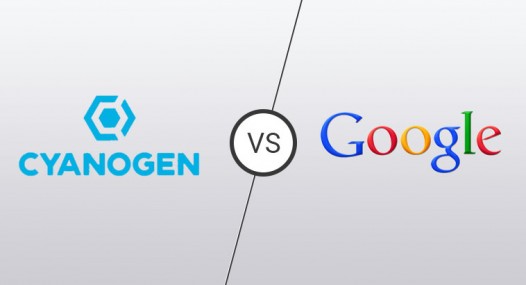 In a world dominated by Google’s Android and Apple’s iOS, there’s little room for another player to take control. There are those who fear that Google’s services will monopolize the mobile industry, and Cyanogen is one of them.

Cyanogen is getting big. Really big. With an $80 million investment from various tech companies such as Qualcomm, Twitter, Telefónica and more, Cyanogen plans to build a mobile ecosystem that doesn’t need Google in the picture at all.

An article by Forbes describes the plan Cyanogen has in place to become the “third player” in the smartphone OS market. The $80 million investment above describes a part of this plan, with all sorts of tech companies taking interest in CyanogenOS. Microsoft is one of those companies. While they were not among the groups investing in Cyanogen at the time, people familiar with the investment deal state that Microsoft is working on a big partnership with Cyanogen to bring some of its services to future phones powered by CyanogenOS, including Bing, voice-assistant Cortana, OneDrive, Skype and Outlook.

McMaster describes his desire for CyanogenOS to provide a fair ecosystem for major software companies. He hopes to attract developers to the OS threatened by Google and Apple. He wants companies like Visa or PayPal to provide the mobile payment system for their phones, and Skype to be the built-in phone dialer. He states services like Spotify could become the default music player, and that his phone would know he uses Spotify as his default music player when he tells it to play a song.

“In a perfect world the OS should know I use Spotify for music,” McMaster says. “I should be able to talk to the phone and say ‘Play that song’ and the f—ing song plays with Spotify. It doesn’t do that today.”

Cyanogen powered phones are selling very well worldwide, with examples like OnePlus and Micromax selling phones like hotcakes because of their affordability, premium hardware and highly customizable software. The next step for Cyanogen, however, is through Blu- one of the most popular phone manufacturers in Latin America and up there in the top selling phones on Amazon. Blu says it will launch a CyanogenOS powered smartphone by the end of this year, without any of Google’s services. Blu CEO Samuel Ohev-Zion states that he plans for the phone to include Amazon’s app store, Opera web browser, Nokia Here for maps, Dropbox and OneDrive for cloud storage, Spotify for the music app, as well as Bing for mobile search and Cortana for voice control.

“When these other apps are deeply integrated into the phone, most of the time they perform better than the Google apps,” says Ohev-Zion.

To describe Cyanogen’s mission as ambitious might be an understatement, but with the attention they are getting and the financial backup from corporations such as Microsoft, it’s likely we will only see them grow from here.