Back in December 2016, we brought you a story about French computer science student, Florent Revest who had developed an alternative open source operating system for wearables called AsteroidOS.

While the new wearable – called Connect Watch –  is not a real life product just yet, it should become available for pre-order soon via the crowdfunding platform Ulule. That means you won’t be able to get your hands on it right away and that most likely, you’ll need to wait a few months before the device will start shipping out. 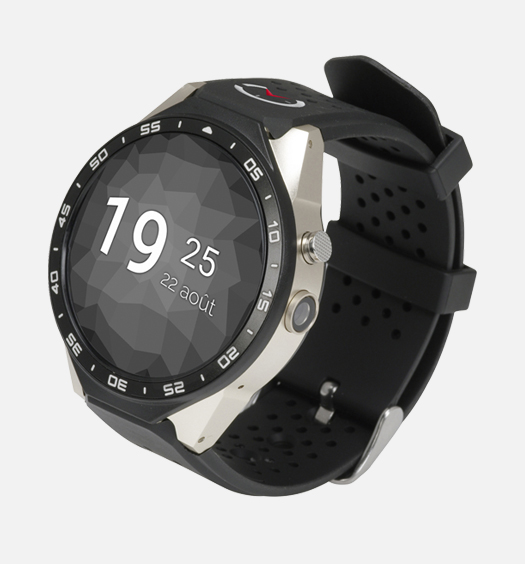 Anyway, you’re probably curious about the specs at this point. The smartwatch, which can be used independently from a smartphone, comes with a circular 1.39-inch AMOLED display with 400 x 400 resolution. It also packs a MediaTek processor clocked at 1.39GHz with either 4GB or 8GB of built-in storage and 512MB or 1GB of RAM – it’s up to you which configuration you prefer.

The Connect Watch offers support for most 3G bands, but not 4G LTE. Since the wearable can act as an independent device, you can make phone calls via the phone dialer directly from your wrist. You will also be able to install apps from the app store, which so far isn’t so widely populated but the team behind the Connect Watch is inviting devs to create apps for AsteroidOS.

The watch also features a countdown clock, chronometer and heartbeat sensor. Oh and the battery inside is said to be able to last users up to 4 days on a single charge (on moderate use most likely).

Pricing for this product is yet to be announced. Hopefully, it’s going to be cheaper than an Android Wear 2.0 model.