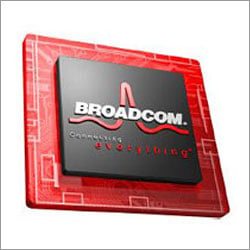 The Dual Core race is at our doorstep, finally. Despite our deepest wishes to see a dual core device in 2010, it seems that we will have to wait just a few more weeks, for 2011.  But fear not, we won’t wait long once the new year starts.

We’ve seen nVidia’s Tegra 2 chipset, heard some nice things about Samsung’s Orion dual core chips, and now Broadcom is stepping up to reveal their dual core initiative, bringing with it all of the features we know and love!

Broadcom is responsible for integrating nearly all of the HSPDA devices into low cost hardware platforms, and includes many features we see built into our phones like WiFi hotspot, Bluetooth, and several others. In continuing with Broadcom’s current strategy to deploy the most up to date Android headset hardware to manufacturers, the BCM2157 platform will include dual core processors starting as low as 500mhz per processor. As we have seen from various tests performed recently, even low end splits like this have generated increased performance and battery life when combined with the correct software. We know that Gingerbread, Android 2.3, includes support for dual core systems, so once we see Gingerbread on one of these new BCM2157 devices we should see marked improvement in the areas of battery life and performance.

According to Broadcom, these devices will over simultaneous 3G connectivity and applications processing, but offered essentially nothing in terms of comparison via benchmarks. This causes a three man race to now exist between Broadcom, nVidia, and Samsung with no clear winner right now. Broadcom currently anticipates a Q1 launch for this new product, so it appears that nVidia will be the first to put devices in the hands of consumers. With events like CES on the horizon, it is expected that each of these three processing giants will be there to offer some benchmark to their new technology, offering a more clear comparison, and likely weighing heavily on the decision for many readers next device.