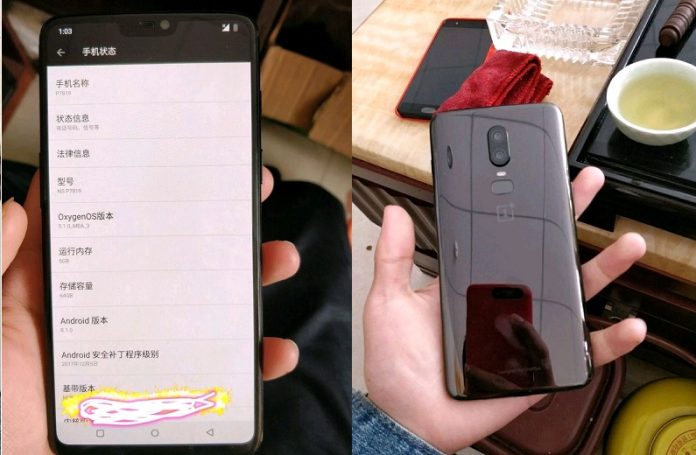 This week during MWC 2018, ASUS unveiled not one but two iPhone X clones which are expected to hit the market with affordable price-tags.

ASUS’ flagship, the ZenFone 5Z includes a powerful Snapdragon 845 and will start at only $499. Which means OnePlus is in for some direct competition.

Obviously, we expect the Chinese company to retaliate …with its own iPhone X-inspired offering. Indeed, according to a pair of leaked images from the Chinese blogosphere, OnePlus is hard at work trying to replicate the Notch.

OnePlus 6 could turn out to be iPhone X look alike

Note that the device shown in the pictures (allegedly the OnePlus 6) is only a prototype, so the final product could end up looking a lot differently.

Like it’s the case with these leaks, the blogger who posted these images has subsequently deleted them. Yet the folks at ITHome spotted them before they were taken down.

Looking at the images, we notice the phone appears to have a glass back, indicative of the fact that it might offer wireless charging. Furthermore, there’s a vertical dual-camera setup on the back, as opposed to the horizontal one on the OnePlus 5T.

The fingerprint scanners appear to have been reimagined to look very much like the one on the Galaxy S9+, including position and all.

The phone is shown running Android 8.1 Oreo and with 6GB of RAM/64GB configuration. A version with 8GB of RAM and 128GB of storage (or more) will surely be offered, as well.

When it gets announced in a few months, the OnePlus 6 (or whatever OnePlus ends up calling it) will probably run a Snapdragon 845, so it will be on par with the ASUS ZenFone 5Z when it comes to performance.

ASUS’ new flagship is expected to go on sale in June, which is the same month during which OnePlus usually announces a new device. This means the ZenFone 5Z will compete head-to-head with OnePlus’ next flagship.

Which one do you think will win consumers’ hearts?