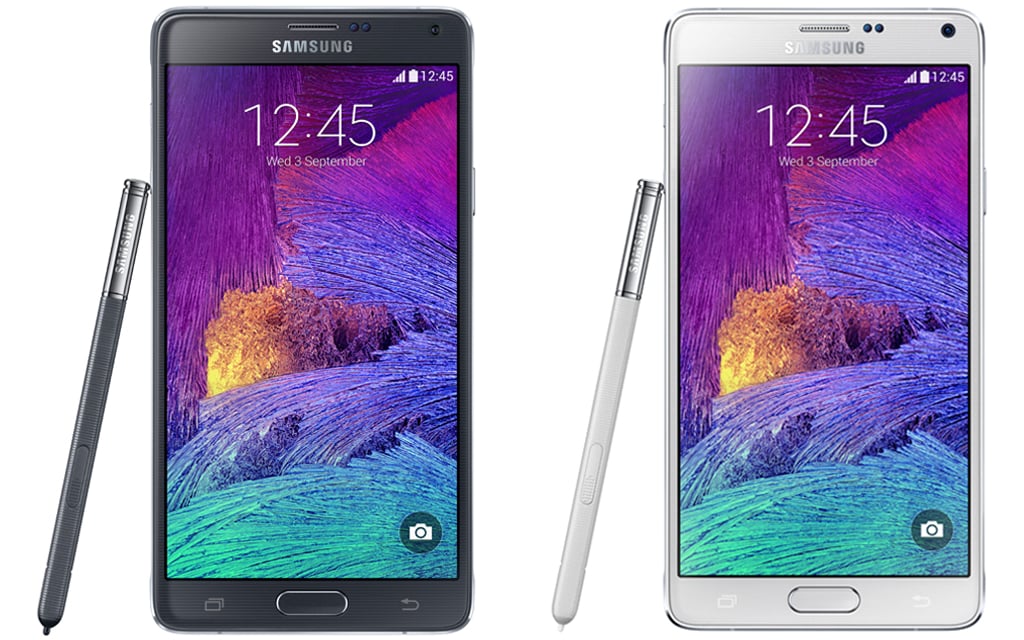 The Galaxy Note 4 is the newest Note to be offered by Samsung. The Note series has been one of the most successful series of Android phones to be offered. This year Samsung outdid themselves in the form of offering a spec monster. With a Quad HD screen, a top in processor, 3GB of ram, and metal frame Note fans agree this is a worthy successor for a phone know to have all the latest and greatest tech. Here at AndroidGuys we want to let you the user know when and where you can get the hottest products Android has to offer.

This year Samsung offers two distinct versions of the Note 4. The first is the same Note people recognize and the second and odd brother the Note edge. Both devices offer the same specifications with the only difference being the Note edge offers and odd curved screen on the side and a more familiar polymer frame. While the Note 4 has been readily announced and rumored to have been pushed up this year the Note edge seems to be a rare oddity with availability and release dates here and there.

First up the Note 4

The note 4 is also available through Amazon, Best Buy, and Ebay.

The Note Edge is an oddity with its curved screen on one side. Early rumors suggested Samsung used it to show off a bit with its technology in screens and never intended for its release. However the Note edge is a production phone and will be available after the Note 4.

The Note Edge will be available in more markets such as Europe later this year and possibly into 2015. Pricing for models outside the U.S. peg it a just under $1000.00.

The Note 4 appears to be readily available and no stock issues are apparent. AndroidGuys will update as soon as any new news is available for the Note 4 and Note Edge. We will also alert to any price change or sales for each model as soon as its available.