After revising the cell phone kill-switch bill that was rejected at the end of April, it appears that the California Senate has approved the controversial bill.

The key changes made were items like giving the carriers a six-month extension to the deadline for compliance and to clarify that tablets are not included in the rules. This comes on the heels of the announcement just last month that carriers and manufacturers have agreed on the standard to be implemented on all devices manufactured after July 2015.

In this bill, there are four main components to the kill switch:

What isn’t clear is why, after the manufacturers and carriers agreed amongst themselves to hold nearly the same standard on the same date of July 1, 2015, that the State of California felt it was necessary to create another law. The only difference is it would burden smaller manufacturers that were not apart of CTIA’s initial agreement to obliged by the nearly-identical requirements as well.

According to the San Jose Mercury News, Senator Jim Beall told the newspaper that Apple and Microsoft played a huge role in getting it passed changing the previous 19 – 17 vote last month into a 26 – 8 vote this month.

The bill doesn’t have universal support though. CTIA Wireless Association came out against the bill basically saying that if all states were to create their own “kill switch” laws, uniformity would be threatened. Other concerns were of the system being abused in instances such as domestic abuse where the phone is “killed” by the abuser to prevent the individual being abused from seeking help.

Time will only tell how this will play out, not only in California, but what effect it has nationally as well. What do you think? Should California regulate the “kill switch”? 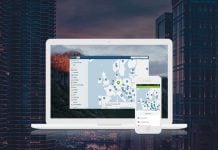