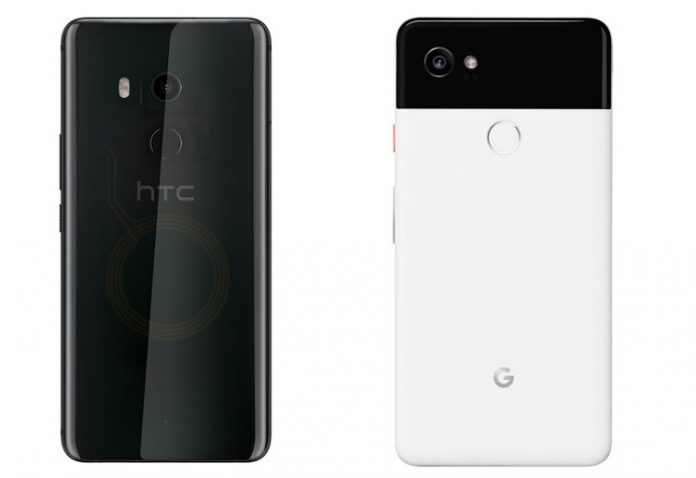 Once upon a time, word on the street was that the Pixel XL’s successor was codenamed “muskie’. However, at some point, we learned that muskie was shelved (for unknown reasons) in favor of “taimen” – the Pixel 2 XL made by LG which we have today.

But if you were wondering what happened to muskie, now we might be able to provide you with the answer. According to a report from The Verge who received a confirmation from a source familiar with the intricate Google and HTC “family” relations, the recently unveiled HTC U11+ is actually based on the canceled muskie.

Do we have any proof to support this claim? Just take a look at the LG-made Pixel 2 XL and new HTC U11+ and it will start to make sense. For starters, unlike current HTC flagships, the U11+ boasts a fingerprint sensor on the back (it’s the first to do so for a while, remember the HTC One Max from 2013?), while the LG-made Pixel also places the scanner on the rear. Secondly, the U11+’s 6-inch display with 18:9 aspect ratio and 2880 x 1440 resolution is a direct match to the Pixel 2 XL’s. The only difference is that the U11+ takes advantage of an LCD display while the Pixel 2 XL includes an OLED one, which as we have seen for the past few weeks – is riddled with all kinds of issues.

But HTC made a few changes before releasing muskie as the U11+. For example, it gave it the all-glass makeover and also included a larger 3,930 mAh battery under the hood. Naturally, the Visual Core chip meant to boost artificial intelligence and image processing on the Google phones was not included in the package. Even so, at first glance the HTC U11+ appears to be an impressive device, but unfortunately, it won’t be sold on the US market, as the device is destined only for Europe and Asia.

On the bright side, HTC have taken Google’s rejection pretty well. “Nothing is lost, everything is transformed” seems to be the company’s new motto.