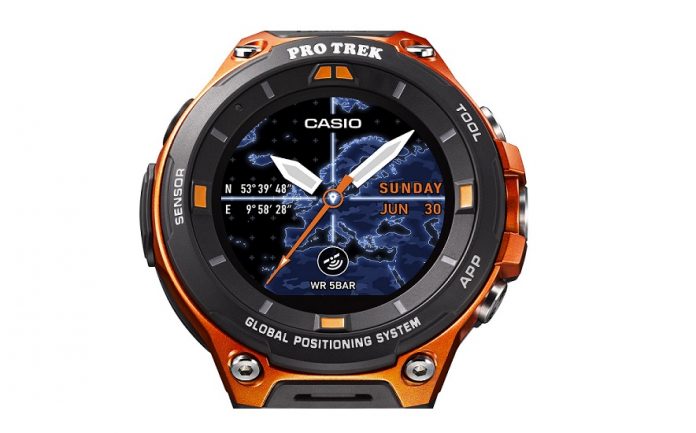 People are not really buying smartwatches, but some companies continue to produce them in the hopes their efforts will be taken into consideration. Like Casio, a company that has been making wrist watches since 1974 and built quite a reputation thanks to them.

Well Casio also tried its hand at smartwatch making. If you remember the company unveiled the rugged WSD-F10 model last year. Now at CES 2017, Casio has pulled the wraps off the follow-up model, the Pro-Tek WSD-F20 which runs Android Wear 2.0.

So if you have been craving an outdoor watch for quite some time, the Casio WSD-F20 smartwatch might be worth looking into. The new model retains a lot of the features of the previous WSD-F10 but adds GSP functionality.

The wearable keeps the 50m water-resistance rating and the dual-layer display which allows users to converse battery life by giving them the option to switch to a monochrome mode that just displays the time like in the case of regular watches.

The new WSD-F20 has been made to look more rugged, but all the three side buttons that were available on the F10 are still there. The buttons let users quickly access preferred apps and certain function and tools like the compass or barometer.

Casio improved upon the previous generation, so now the WSD-F20 can track more activities like trekking, fishing, cycling and winter/water sports. On top of that, the watch can display color maps in offline or online mode. 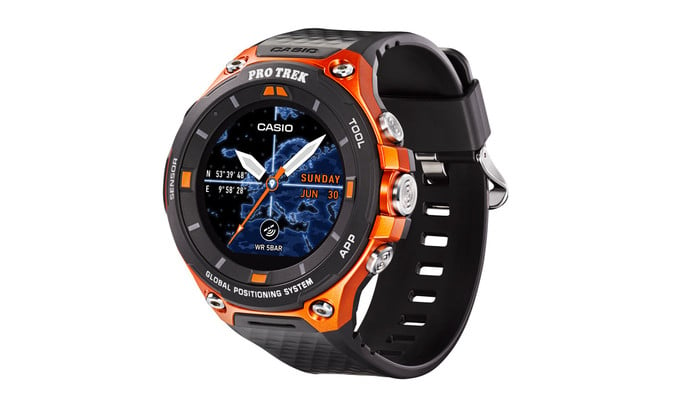 The map data is delivered via Mapbox, which is the same source used by popular apps like Pinterest, Foursquare or Strava. Casio lets users download the maps in advance, so if you’re going on a hike you can get directions from the watch in advance. The GPS feature can track your whereabouts even in offline mode, which is pretty neat.

The WSD-F20 takes advantage of two watch faces – Location and Traveler – so users can vary between them. A new Location Memory app will let users mark a certain location on the map using markers or text.

Casio might have announced the WSD-F20 today, but the smartwatch will become available starting April 21. Interested parties can pick it up in orange or black for $500 a pop, which is quite expensive. Any takers?