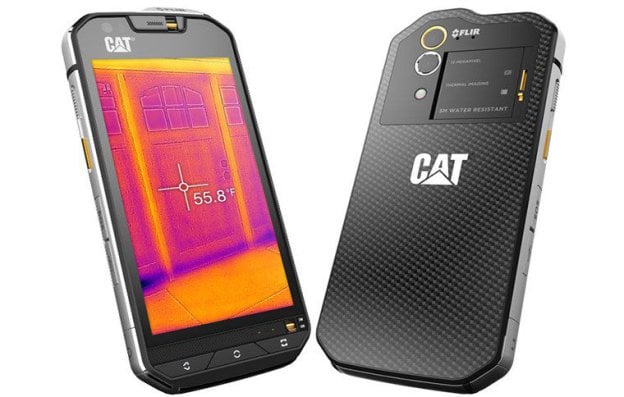 Have you ever wanted a phone that could transform into a bulldozer? Neither have I, but here’s something just as cool!

The Cat S60 is a new phone by Caterpillar that features not only impressive specs, but also integrated thermal imaging. That’s right; thermal imaging. Now you can play Mobile Strike and see in the dark!

Let’s talk about specs. Although this phone is not geared towards the average joe on the street, the S60 is pretty powerful and will probably handle just about anything you can throw at. Let’s break it down:

Coming in at high speed is not usually Caterpillar’s MO. Let’s be honest; Cat is known for its construction equipment. However, the Cat S60 is rocking a Qualcomm Snapdragon 617, octa-core processor and 3GB of RAM. With that Snapdragon 617 you are also getting the Adreno 405 GPU built in.

Is this top of the line? No. However, this is formidable hardware that will meet just about any need you’ll have on the construction site and during your lunch break (Angry Birds, anyone?)

With Gorilla Glass 4, a MIL spec 810G rating and being drop proof up to 1.8m (5.9′ approximately), this phone can take a beating and keep on going.

With all of this flair, you’re going to need a powerful battery. Cat has you covered by providing a very capable 3800 mAh battery for the S60.

Let’s talk about what we’re really excited about with this phone:

The Cat S60 will be waterproof, and will be functional for up to one hour at a depth of up to 5 meters (approximately 16.4 ‘).

The S60 comes equipped with a 13 megapixel rear facing camera featuring dual flash, as well as a 5 megapixel front facing camera. Both are functional under water. The SIM and micro-SD slots are accessible via a latch release on the back.

The built in thermal imaging camera will be powered by FLIR’s Lepton Microcamera Module, which is activated through a custom app.

The thermal camera will be able to measure heat and surface temperatures from 50-100 feet away. If you’ve ever wanted to be the Predator, now’s your chance. 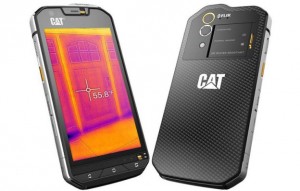 The S60’s internals are housed and protected by the phone’s ample Strengthened Die Cast Frame.

According to Cat’s webpage for the S60, the phone will be running Android 6.0 Marshmallow.

While this phone is going to be aimed at those who are involved with rough and tumble lines of work, you have to admit that the S60 is just really darn cool. I mean, how often do you see a phone with FLIR powered thermal imaging built in?

Ever since I was old enough to work and buy things for myself, I’ve always had a taste for the latest and greatest with features I have absolutely no need for. That started with a Windows Mobile 6 device, for me, and it’s never stopped. I don’t need this phone, have no practical use for it, but boy would I like to have one. It’s just really, really cool.

The S60 should be available for purchase later this year at a price point of $599.