If you are a customer of the independent Cellular South wireless carrier and are in the market for an Android powered tablet, there is good news for you today! Cell South has announced that it will be bringing the Honeycomb powered Motorola Xoom to it’s customers, with a bit of incentive in the form of a MiFi hotspot (if you sign up for broadband service for the MiFi).

See the full press release after the break.  The Cell South version of the Xoom is going to be priced at $599.99, which is in line with Verizon’s sale price with two year contract. No word on exact launch date, all it says in the presser is “next month”.  It will be interesting to see how many of you Cell South customers will snatch one of these bad boys up!

It’s official, the XOOM has arrived at Cellular South and will be making its way into customer hands by early next month. Cellular South, the nation’s largest independent wireless provider announced the availability of the award-winning Motorola XOOM tablet today.

Featuring a 1GHz dual-core processor and 1GB of RAM, the 10.1-inch widescreen HD tablet gives Cellular South customers a new type of mobile computing experience with Wi-Fi or with the optional Novatel Mi-Fi hotspot for mobile broadband network compatibility. The XOOM was selected as “Best of Show” at this year’s CES and is the first device operating on Android 3.0 Honeycomb, designed especially for tablets. This new Android device builds on Cellular South’s already robust Android line-up, which includes the Samsung Galaxy S and five other advanced Android devices.

With the launch of The XOOM next month, Cellular South is making tablet ownership more exciting and affordable by pairing it with a free Novatel Mi-Fi 2200 hotspot with the purchase of a Mi-Fi data plan, which starts at $19.99 for 3 GB of data. The XOOM will be available at Cellular South for $599.99. Additional details about Cellular South’s XOOM offering can be found at www.cellularsouth.com/xoom 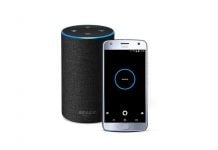 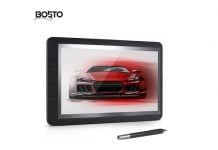