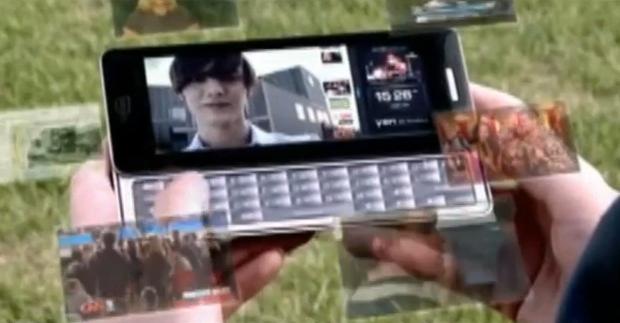 Inbrics is set to unveil their Android powered MID (mobile internet device) at CES 2010.Â  Information is scarce about the unit, but here is what we know:

It seems that Inbrics is trying to create a super converged device that will act like a home phone with VoIP, then when you leave your WiFi area switch over to using the cellular radio.Â  Interesting idea and one that I would really like to see in action.Â Â  Inbrics said in their press release that they were looking to provide a home web station, allowing you to interconnect with all your other devices, and becoming a hub for your media and communications.

There is not much more info out there about this unit, there is no carrier relationship to announce as Inbrics is shopping around for suitors.Â  The rep from Inbrics has been quoted saying that it SHOULD hit America sometime in 2010, but no carrier was announced.Â  They do have relationships with several different companies, so I am sure we will see forward progress on that in the future.

Overall impression on the phone from the little info we have is that it seems like a multimedia machine.Â  It is going to have a custom UI like Motoblur, which will be geared towards utilizing the cameras and web connectivity.Â  I like the fact that it has a good size storage, with more expansion capabilities, and the two cameras is something that I have been thirsting for to do video chats.Â  The processor leaves a lot to be desired, especially since they are touting this as a multimedia hub.Â  The ability to dock with an HDMI connection is interesting, but not sure how much of a selling point it will be.

All in all, I think it is an interesting handset that has some potential, whether or not it will do well in our smartphone market here in America is yet to be seen.