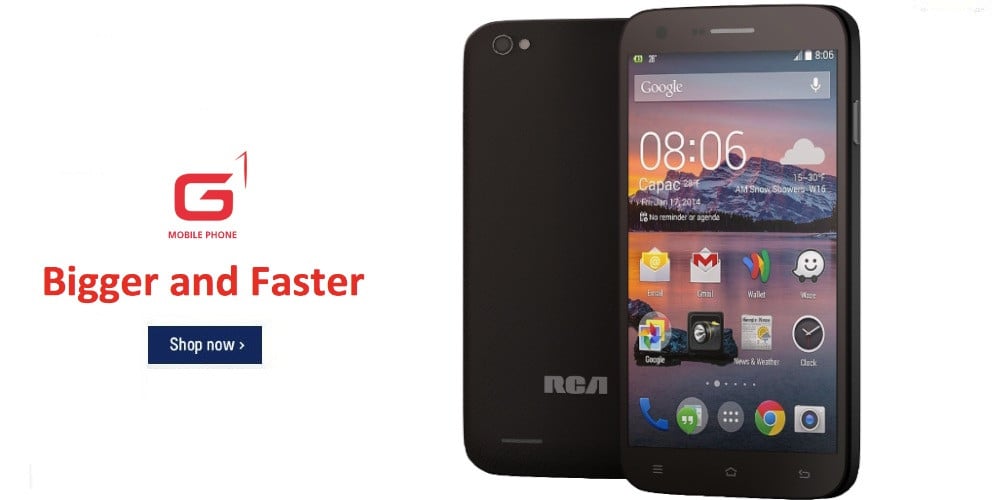 RCA announced today that they will be releasing new Android phones that run Android 4.4 Kit Kat.  The first phone is the RCA G! which will arrive with a 5.5″ 1080 x720p display, 1.3GHz quad core processor, 8 GB built-in storage, and expandable memory up to 32 GB.  The G1 will come in both 4G and 3G versions unlocked for use on any carrier and will retail for $159.99 and will be sold at Amazon.com, Sears.com, and Rakuten.com.  I wonder what RCA will name the next generation G1, as LG already used the name G2.  The G1 is a lightweight phone coming in at 6.6 ounces.

The second phone from RCA is the Q1, which has a smaller 5″ inch 1080 x720p resolution screen, same hardware internals as the G1, as well as dual SIM support which is not too common on founds found in the US.  The Q1 comes in a little cheaper at $139.99 and will be sold at the same websites as the G1.

Both phones come with the standard built-in apps from Google such as Google Play, YouTube, Google Maps, etc.

It is clear that RCA sees an opportunity in the budget smartphone market after they saw Motorola set records with sales of the Moto G.